Kishi mulls next moves after failed ASDF mission to Afghanistan 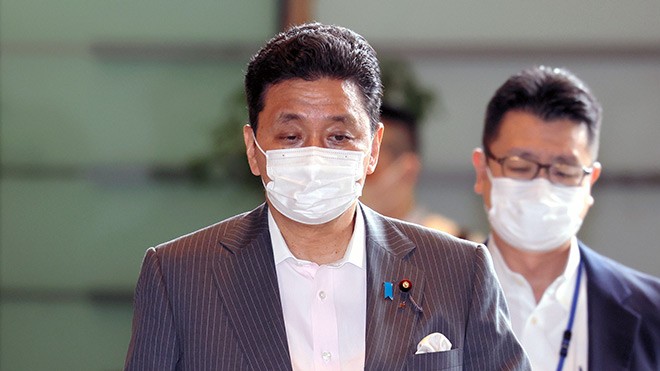 With Air Self-Defense Force troops and transport planes stuck on the ground in Islamabad, Pakistan’s capital, Defense Minister Nobuo Kishi is pondering his next moves on the crisis in Afghanistan triggered by the Taliban takeover.

“We will consider the next step as we examine the situation there,” Kishi said at an Aug. 31 news conference after a Cabinet meeting.

The United States has already completed its evacuation operations at Kabul airport, adding to the pressure on the Japanese government to decide what to do next.

Referring to hundreds of local Afghans who worked for the Japanese Embassy and the Japan International Cooperation Agency and are still stuck in Afghanistan, Kishi pledged that the government “will do its utmost to help them flee.”

Chief Cabinet Secretary Katsunobu Kato also vowed that Japan will continue to do its best to provide the appropriate support to safely evacuate those still stranded in Afghanistan by “working with the United States and other nations.”

“We are now considering what to do with the ASDF plane operation and other concrete responses,” he also added.

The government dispatched three ASDF transport planes for the operation to evacuate Japanese nationals and around 500 local Afghan staff.

Despite multiple flights between Islamabad and Kabul, only one Japanese and 14 Afghan officials of the ousted government had been airlifted to safety as of Aug. 27.

Authorities blamed the sharply deteriorating security situation around Kabul airport as the reason.