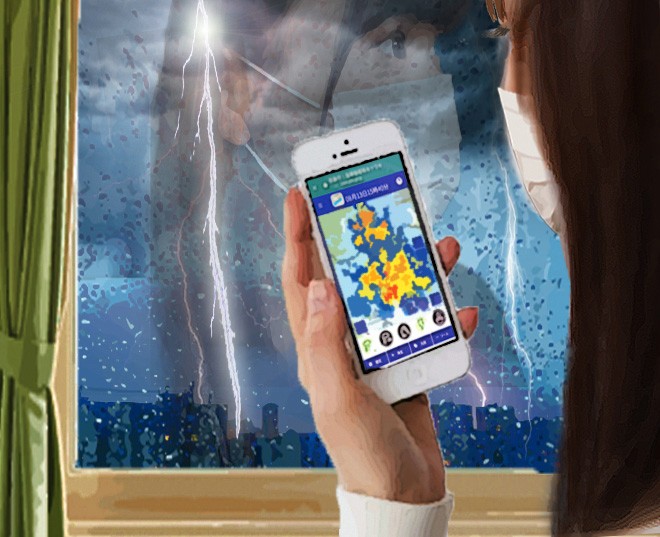 The haikuist learned from a lightning bug that it takes the sound of thunder five seconds to travel a mile. Bob Friedland got a storm warning from Richmond, British Columbia. Satoru Kanematsu was mesmerized by the boom, boom, boom of flowing colors in an aquarium.

Robin Rich’s heart may have skipped a beat. Nani Mariani revealed, “When my beloved father left me forever in Indonesia it was like being struck by lightning.” After seeing a flash of lightning in Atsugi, Kanagawa Prefecture, Masumi Orihara was held in suspense waiting for a peal of thunder that never came. Neither did her job offer.

in the morning
thunderstruck
daddy is gone forever

lightning
but no clap of thunder
--short-listed forever

In Singapore, Elancharan Gunasekaran looked again and again at his watch and down the street. Hifsa Ashraf didn’t mind waiting in Rawalpindi, Pakistan.

before dawn
waiting for the bus
the rain arrives

late departure--
I attune to the songs
of a nightingale

Rich calculated the cost of global warming in Brighton, England. Janice Doppler found the perfect place to cool down in Easthampton, Massachusetts.

Reading T.D. Ginting’s haiku makes me wonder if Japan’s beloved four seasons have changed because of the climate crisis. A Singaporean who lives in Yachiyo, Chiba, he suggested two ways to read his poem because of a second rainy season.

This can’t be the right summer word, suggests Kanematsu, whose “saijiki” list of seasonal terms is out of whack.

What is wrong
above in the sky?
this downpour

The summer monsoon in India lasts from June to September. Aparna Pathak noted how summer-sown paddy rice will soon be ready to harvest in Gurugram. Arvinder Kaur refreshed with mango juice when the rain season moved through Chandigarh.

reaping rice…
on her bent waist
a repaired saree

aam panna…
gulping summer down
with a swig

Chen Xiaoou penned a haiku in rain-swept China. Kanematsu has been following the strange travel story of 15 wild elephants that roamed far from the jungle near Laos.

On the lake
a canoe rising
thunderhead

Thunderclaps--
the intermittent sound
of a prayer group

During a summer filled with thunderstorms in Switzerland, Helga Stania wrote this string of words: heat lightning yet dead the mayfly.

Teiichi Suzuki faced an assortment of electrical impulses that shook his quiet home life without notice. Startled, Neena Singh found comfort in Chandigarh, India. Looking skyward from Manila, Philippines, Alvin B. Cruz might be tempted to fly in a billionaire’s rocket plane to the beginning of space.

lightning...
the sudden touch
of our hands

summer lightning--
at some distance
path of hidden stars

Kanematsu stirred from his sofa to read hot mail. Orihara was glad not to be in the hot seat. Writing from the coolness of a breeze beneath branches of pine needles in Gotherington, England, Sheila K. Barksdale recalled being stuck for “hours in the hotbox of an aluminum canoe on a slow-moving river.”

A dog barks
at a mailman’s bike
midday heat

Hard at work, Keith Evetts paused for a moment to compose this line: hove-to the schooner of my dreams.

Evetts may have tacked down the Thames. Xenia Tran tacked toward her homeport in Nairn, Scotland. Maya Daneva beached her boat in the Netherlands. Murasaki Sagano waved goodbye to summer from Tokyo Bay.

beam reach
in perfect balance
we kiss the wind

evening sun
the sail flutters
while we turn

stuck for words…
my sailboat
at low tide

Masumi Orihara rumbled slowly by train along the Silk Road in China. Stretched out in a never-ending line, when the locomotive crossed over a bridge she wrote this one line: first carriage of the train clattering through the rainbow arch. Marek Printer’s hand might have trembled a little in Poland.

cool whiskey--
my old house shakes
with the passing train

Angela Giordano penned two lines not far from a railroad in Avigliano, Italy. J.L. Huffman prepared a cool drink to cheer the forward, backward and even upside-down flights of tiny birds in the Blue Ridge Mountains of North Carolina.

bitter love...
the whistle of the train covers our voices

To capture the sensation of a fast-moving thunderstorm with powerful straight-line winds that swept through his hometown of Folkestone, U.K., Adam T. Bogar penned this one straight line of poetry: Derecho the murmuring of the shingle beach.

Kanematsu was cooled by the tinkling sound of clamshells hung on strings outside a shop near Ise Bay, Aichi Prefecture.

Thunderous http://www.asahi.com/ajw/special/haiku/. The next issue of the Asahi Haikuist Network appears Sept. 17. Readers are invited to send haiku about the moon on a postcard to David McMurray at the International University of Kagoshima, Sakanoue 8-34-1, Kagoshima, 891-0197, Japan, or e-mail to (mcmurray@fka.att.ne.jp).