Botched mission to Afghanistan due to bad planning, slow response 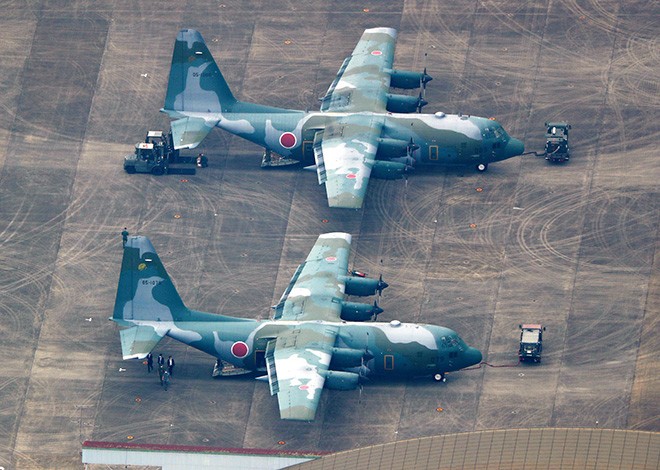 It was Japan's mission impossible.

The evacuation operation to Afghanistan failed miserably because of two things: delaying a decision on when to dispatch Air Self-Defense Force aircraft to Kabul and the swiftness of the Taliban takeover, which caught Japanese officials badly off-guard.

As a result, 500 or so Afghans and their family members who worked for the Japanese Embassy and the government-affiliated Japan International Cooperation Agency remain stranded despite promises to get them out.

Tokyo in early August began drawing up evacuation scenarios for Japanese nationals and the Afghan staff.

Initial plans called for them to be flown out of Kabul airport aboard a chartered commercial flight.

Another scenario, conveyed by the Foreign Ministry on Aug. 14 to the Defense Ministry, raised the possibility of deploying ASDF aircraft for the airlift.

But what the Foreign Ministry had miscalculated was the dizzying speed of the Taliban’s advance. Kandahar, a key provincial capital, fell to the Taliban on Aug. 13.

The prevailing view within the Foreign Ministry at the time was that the situation on the ground was unlikely to change drastically over the course of a few days, according to a senior ministry official.

That was why Foreign Minister Toshimitsu Motegi had no hesitation about leaving Japan for a scheduled 10-day tour to the Middle East on Aug. 15.

That same day, the Taliban seized Kabul. A ranking ministry official said the ministry “misread” the speed of the Taliban’s takeover.

On Aug. 15, the Japanese Embassy in Kabul shut down. Twelve Japanese diplomats rushed to the airport to flee on a U.S. military transport plane.

By then the airport was in turmoil, making it impossible for them to reach the aircraft and immediate safety.

They spent two nights in the airport lobby before they finally flew out on a British military aircraft.

After their escape, “a few Japanese” who worked for an international organization opted to remain in Afghanistan, according to Japanese officials.

That meant Japan’s rescue operation could focus on the 500 desperate Afghans.

Commercial flights to and from Kabul had been suspended by then, ruling out one of Japan’s options.

Turning to other countries for help to ferry such a large number of Afghans appeared to be unrealistic.

When Afghan staff suggested in early August that Japan devise evacuation plans to prepare for the Taliban taking control of Kabul, they were told not to worry as Japan had the matter in hand and would follow what other countries were doing.

U.S. officials urged the Foreign Ministry to deploy the ASDF for the evacuation mission, according to an official close the prime minister’s office.

But the Foreign Ministry was slow to pass on the suggestion to the Defense Ministry.

Ministry officials were concerned about the possible fallout on the Suga administration from a failed operation involving the ASDF as the SDF law stipulates that an evacuation effort can only proceed if the safety of SDF members is ensured first. Chaotic scenes had been unfolding at the airport.

Defense Minister Nobuo Kishi instructed ministry officials behind the scenes to weigh the option of deploying SDF troops for the evacuation mission.

“We were actively preparing for a possible deployment as no request for the dispatch had been made,” said an official close to the Defense Ministry.

By the time the Foreign Ministry finally concluded that ASDF deployment offered the only viable option it was already Aug. 20. Only then did officials discuss details of the evacuation operation with their Defense Ministry counterparts.

Two days later, it was formally decided during a meeting with Prime Minister Yoshihide Suga and both ministries to go ahead with the deployment.

The following day, Aug. 23, Kishi issued an order for the SDF deployment. That evening, one C-2 ASDF transport aircraft took off from the Iruma Air Base in Saitama Prefecture. Two other ASDF aircraft followed later.

It took the government eight days to issue an order for the SDF deployment. Once it was issued, an aircraft was in the air within six hours.

There was a shared understanding among Japanese government officials that the window for the rescue operation would last only three days from Aug. 25, given that Washington would not budge on its Aug. 31 deadline for a complete pullout from Afghanistan.

South Korea airlifted nearly 400 of its Afghan allies from Aug. 25 to Aug. 26, making sure that its diplomats were evacuated first, just as Japan had planned to do.

Even so, four South Korean diplomats were sent back to Afghanistan to assist in the rescue effort.

They secured buses under contract with the United States to ferry the Afghans to the airport. They made sure that U.S. troops were aboard the vehicles to clear Taliban checkpoints on their way to the airport.

The Japanese government’s plan was to arrange 27 buses to transport the Afghan staff to the airport on Aug. 26 from a pick-up point in Kabul, according to the Foreign Ministry and other sources.

It envisaged that the Qatar military, which has friendly relations with Taliban, would aboard the buses to get past the checkpoints.

Right before they began their trip to the airport, a suicide bomber with ISIS-K, the Afghan affiliate of the Islamic State, detonated explosives near the airport that killed about 170 people, including 13 U.S. personnel.

The U.S. military, which had control over the airport, closed the gates to the facility, forcing Japan to suspend its rescue operation.

Motegi defended the government’s decision to abort the evacuation at an Aug. 31 news conference.

“We should not stick to the initial plan when we confront unknown dangers,” he said.

In the end, the ASDF aircraft involved in the evacuation mission managed Aug. 26 to airlift 14 Afghan officials of the ousted government at the request of Washington and one Japanese national the following day, who could make it to the airport with assistance from Qatar.

“We could have deployed the ASDF a day or two earlier,” an official close to the Foreign Ministry said of the botched evacuation mission.

Kishi on Aug. 31 ordered the pullout of the ASDF aircraft.

Hiromi Yasui, the only Japanese national airlifted by the ASDF who worked as a stringer with the Kyodo News Kabul bureau, pleaded with Diet members to continue the rescue effort during an online meeting the same day.

She said Afghans she remains in contact with firmly believe that Japan will come back to rescue them.

“I would like the government to resume the effort as soon as possible,” she said.