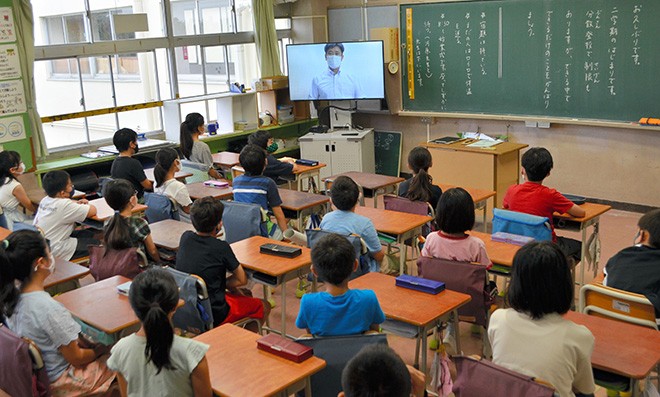 In Tokyo, the daily count marked the 10th consecutive day that the number of new infections in the capital has fallen from the same day a week earlier. The same day, there were seven deaths among patients in their 40s to 90s reported in Tokyo.

Nationwide, the cumulative number of COVID-19 cases passed 1.5 million on Sept. 1, meaning more than one in 100 people in Japan have contracted the virus.

The accumulative tally reached 500,000 about 15 months after the country’s first infection case was reported in January 2020.

The count hit a million roughly four months later, but it took only 26 days for the figure to hit 1.5 million due to a surge in new cases during the current fifth wave of infections.

The capital’s latest tally brought its daily average of new infections over the week through Sept. 1 to 3,369.3, or 75.4 percent of the figure for the preceding week, according to metropolitan government officials.

The average number of diagnostic tests conducted in the capital over the three days through Aug. 31 stood at 12,366.

The number of serious cases in Tokyo requiring ventilators or extracorporeal membrane oxygenation, also known as an ECMO lung bypass machine, dropped by one from the previous day to 286.

Osaka Prefecture reported a record 3,004 new infections on Sept. 1, the first time the daily count topped 3,000 in the prefecture.