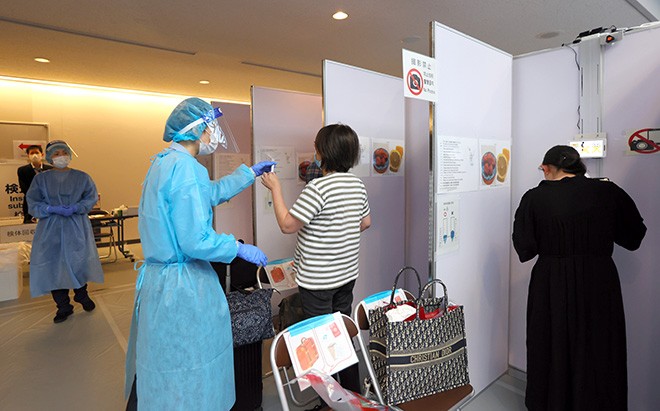 Passengers submit saliva samples on arrival at Narita Airport on May 23 to be tested for the novel coronavirus. (Asahi Shimbun file photo)

Japan has confirmed its first cases of the Mu variant of the novel coronavirus, according to the health ministry.

It said Sept. 1 that the variant, which emerged in Colombia, was detected in two travelers, both female, from overseas.

The World Health Organization on Aug. 30 designated the Mu strain as a variant of interest, saying it has mutations that could reduce the efficacy of inoculations against COVID-19.

The ministry said it subsequently examined the results of genome analyses by the National Institute of Infectious Diseases on samples taken from COVID-19 patients and detected the Mu variant cases.