Missile battery in Okinawa to give Miyako Strait full protection 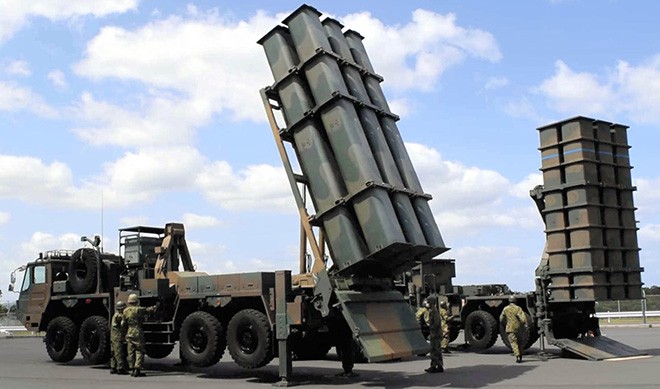 Japan is moving to beef up its guided missile capability off the coast of Okinawa by installing its first surface-to-ship missile (SSM) battery on the prefecture's main Okinawa island.

The Defense Ministry notified Okinawa prefectural authorities Aug. 31 of the plan to install the SSM battery at the Ground Self-Defense Force's Katsuren sub-camp in Uruma, Okinawa Prefecture, in fiscal 2023.

The primary objective of the deployment is to erase a defense vacuum along the Nansei island chain extending southwest from the main southern island of Kyushu.

SSM units are already deployed on Miyakojima island, but those missiles only have a range of 200 or so kilometers.

The strategic Miyako Strait between the main Okinawa island and Miyakojima is about 290 km wide, meaning the missiles on Miyakojima cannot cover the entire area through which Chinese naval and other ships often pass.

Setting up an SSM base on the main Okinawa island would provide coverage over the entire Miyako Strait.

The ministry has included a budget request for fiscal 2022 of about 2.1 billion yen ($19 million) to cover the costs of deploying the SSM unit to Katsuren, according to sources in the Defense Ministry and Okinawa prefectural government.

Another SSM unit is already in place on Amami-Oshima island off Kagoshima Prefecture and there are plans to install another on Ishigakijima island in Okinawa.

The command functions for the four SSM units will be handled by the Katsuren sub-camp, where as many as 180 GSDF members will be based.

The deployment of SSM units as well as surface-to-air guided missiles on several different islands is intended to allow the GSDF to prevent enemy landings on outlying islands, including the disputed Senkaku Islands in the East China Sea.

(This article was written by Daizo Teramoto and Kaigo Narisawa.)