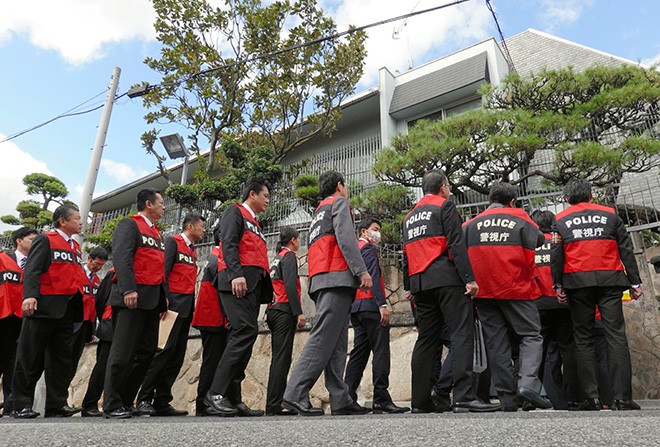 Gangs affiliated with the Yamaguchi-gumi, Japan’s largest organized crime syndicate, have ordered their members not to use guns in public to shield their senior leaders from criminal responsibility, sources said.

The order appears to come in response to a recent high-profile court decision that held Satoru Nomura, the don of the notorious Kudo-kai gang, responsible for attacks committed by lower-ranking members. He was sentenced to death.

The order was issued as of Sept. 1, under the name of “The sixth, General headquarters of Yamaguchi-gumi,” according to sources close to Yamaguchi-gumi.

Based in Kobe, Yamaguchi-gumi is believed to have about 3,800 members as of the end of last year.

The order has also been handed down orally to members of at least multiple gang organizations that fall under the umbrella of Yamaguchi-gumi.

Tomohiko Suzuki, a journalist who specializes in yakuza organizations, said Yamaguchi-gumi’s order “may be intended to furnish its senior members with an alibi in case they are held criminally liable as an employer.”

But Suzuki questioned the effectiveness of the order in practical circumstances.

“Gang groups use firearms in emergency situations,” he said.

A senior police officer in charge of crackdowns on gangs said it is pointless to issue an order such as this based on how crime syndicates operate.

“For gang groups, once they decide to kill someone, they will carry out the mission even without a gun.”

The order came a week after the Fukuoka District Court on Aug. 24 handed down an unprecedented death sentence to Nomura, the top figure of Kudo-kai, which is based in Kita-Kyushu. Fumio Tanoue, the No. 2 of the gang, was sentenced to life in prison.

The two had been charged for four incidents targeting citizens, including the shooting and killing of a fishery cooperative leader, which were carried out by lower-ranking members.

There was no clear and direct evidence linking the two to the attacks.

But the court took into consideration that the crimes were premeditated, as multiple gang members played a role, and that Nomura headed the chain of command.

The court concluded that the attacks were carried out based on the will and conspiracy of Nomura and Tanoue.

In two of the four crimes, firearms were used.