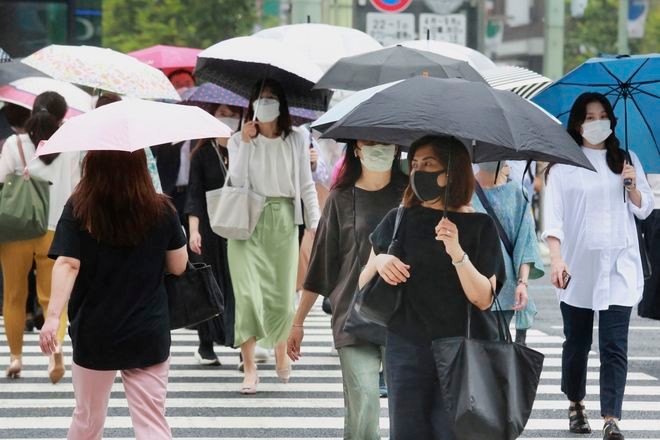 People wearing face masks to protect against the spread of the coronavirus walk on a street in Tokyo on Sept. 1 . (AP Photo)

Tokyo confirmed 3,099 cases of COVID-19 on Sept. 2, the 11th straight day for the number of new patients to fall below the figure of the same day of the previous week.

Ten patients between the ages of 50 and 90 died from the illness and 291 individuals had symptoms serious enough to warrant the use of a ventilator or other equipment to breathe, metropolitan government officials said. The figure was an increase of five from the previous day.

The daily average of new cases for the week ending Sept. 2 came to 3,140, which was 72.1 percent of the average for the previous week.

In Osaka Prefecture, western Japan, prefectural government officials reported 2,501 fresh cases on Sept. 2, a decline from the record 3,004 of the previous day.

There were eight more fatalities in Osaka on Sept. 2, bringing the cumulative number to 2,809.