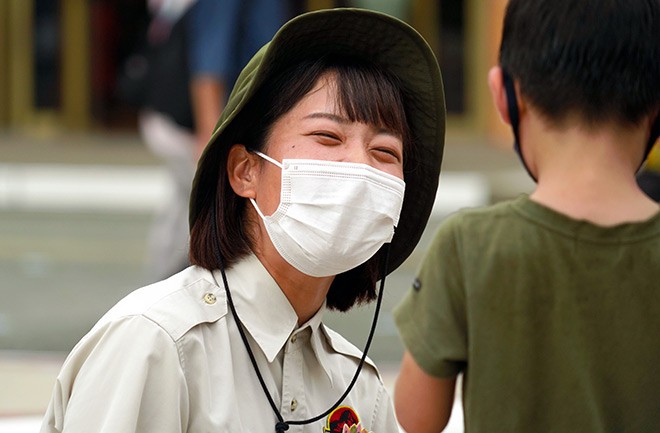 OSAKA--In a move toward improved gender equality and diversity, Universal Studios Japan here announced on Sept. 1 that it unified its dress code for male and female park employees.

The USJ operating company is omitting the words “male” and “female” in the dress code, which regulates the clothing and appearance of employees.

For example, regarding hair coloring, the restriction was stricter for male employees, but the revision makes no distinction between the sexes.

Regarding makeup, only women were asked to wear it in a fresh and natural manner, but the word “female” has been omitted.

The dress code also allows employees to have body piercings and tattoos for the first time if they are covered by clothing to respect their cultural backgrounds, such as their nationalities and religions.

Currently, 20 percent of the park's staff uniforms typically differ between genders, such as skirts for women and pants for men. From now on, however, the company is planning to let employees choose their uniforms freely based on their own will.

“We ask our employees to wear their clothing in a friendly and fresh manner for all our guests, but at the same time place more importance on their personal self-expressions regardless of their gender or nationality,” a company official said of the dress code changes.