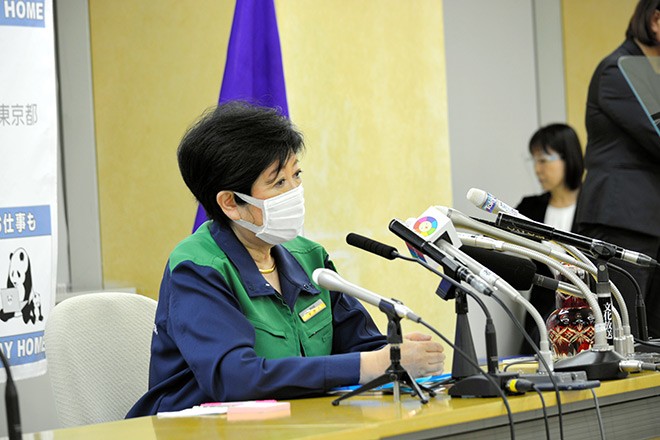 It marked the 12th consecutive day that the number of new infections in the capital dropped from the same day a week earlier.

The tally brought the daily average of new infections in Tokyo over the week through Sept. 3 to 2,898.9, or 69.3 percent of the figure for the preceding week. It is the first time the average fell below 3,000 since July 31, when the figure was 2,920.

The average number of diagnostic tests conducted in the capital over the three days through Sept. 2 stood at 13,250.3.

The number of serious cases in Tokyo requiring ventilators or extracorporeal membrane oxygenation, also known as an ECMO lung bypass machine, dropped by 13 from the previous day to 278.

The Tokyo metropolitan government also announced that it is expecting to secure an additional 352 hospital beds for COVID-19 patients as of Sept. 3 following its request to medical institutions in the capital to allocate more based on the revised infectious disease law.

That will bring the total number of beds set aside for COVID-19 patients in Tokyo to 6,319, including 492 for those with serious symptoms.