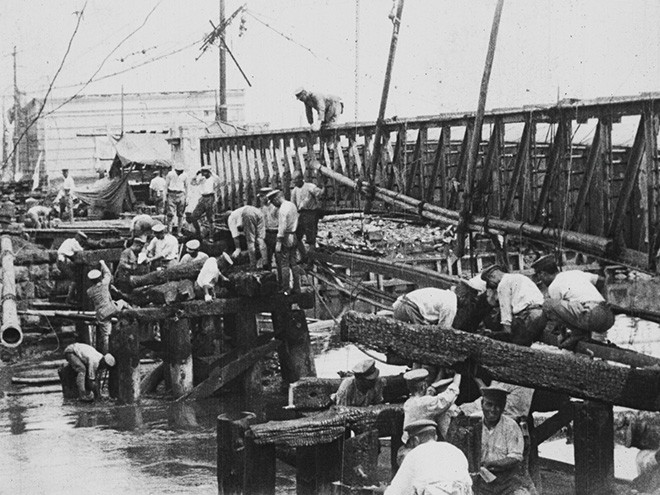 Researchers at the National Film Archive of Japan are hoping a trove of documentary films shot in the aftermath of the deadly earthquake that struck Tokyo almost a century ago will pass on lessons for future disasters.

The institution on Sept. 1 opened a website, Films of the Great Kanto Earthquake of 1923, with the National Institute of Informatics and plans to release 20 or so films about the temblor by Sept. 1, 2023, the 100th anniversary of the earthquake.

Researchers believe the website will help deepen the understanding of the public and develop a greater interest in preparing for devastating disasters.

The first film, “Kanto Taishin Taika Jikkyo” (Actual situation of the Great Kanto Earthquake and fire), which records the destruction in Tokyo and Yokohama, is available on the site.

“This film, a representative documentary on the Great Kanto Earthquake, offers an overall view of how society responded from the immediate aftermath to reconstruction,” said Akira Tochigi, a special researcher at the National Film Archive of Japan. “I hope this historical record of the earthquake will help people prepare for disasters.”

The 64-minute black-and-white silent film was produced and distributed by the then education ministry in the year of the disaster, or the 12th year of the Taisho Era (1912-1926).

The damage inflicted on the capital, public-private rescue operations, reconstruction of collapsed buildings and other recovery efforts were filmed by pioneering documentary creator Shigeru Shirai.

The title had been screened nationwide at events related to the disaster, but it is the first time for the entire work to be released online.

Viewers can search clips from the documentary by filmed locations or by scenes under such categories as “fire,” “evacuation” and “recovery.” Each clip comes with descriptions.

The National Film Archive of Japan plans to make all films in its possession on the earthquake accessible on the website.

They include: “Kanto Daishinsai Jikkyo” (Actual situation of the Great Kanto Earthquake) by Nikkatsu Corp.; “Taisho Juninen Kugatsu Tsuitachi: Moka to Shikabane no Tokyo o Fumite” (September 1 in the 12th year of Taisho: Walk on Tokyo with raging flames and corpses) by the Hayakawa artistic film studio; and “Teito Daishinsai: Taisho Juninen Kugatsu Tsuitachi” (Great earthquake in the imperial capital: September 1 in the 12th year of Taisho), whose producer is unknown. The three films were all produced in 1923.

The Films of the Great Kanto Earthquake of 1923 archive is at (https://kantodaishinsai.filmarchives.jp/).