Japan set to issue ‘vaccine passports’ online by the year-end 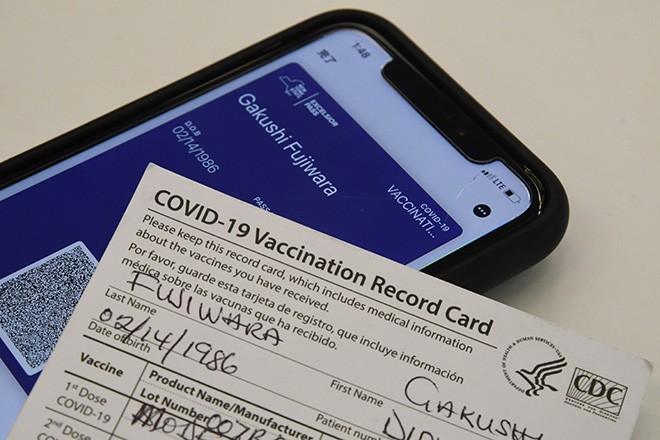 The government is gearing up to issue digital “vaccine passports” by the end of this year to those who are fully inoculated against COVID-19 and planning to travel overseas.

It is considering using QR codes that can be read on smartphone screens as proof of full vaccination because vaccine passports are currently issued only on paper.

Cabinet ministers and others weighing this and other issues met Sept. 6 and approved a range of topics proposed for digital transformation, including the digital version of vaccine passports. It was the first such meeting on promoting digitization chaired by Prime Minister Yoshihide Suga.

“We need to ensure that the country fully switches over to a digital society,” Suga said at the gathering. “I ask all of you to make steady efforts to achieve that goal without giving in to bureaucratic sectionalism.”

Under one proposal, residents will be able to apply for most administrative procedures, such as those related to childrearing, online in almost all cities, towns and villages by the end of fiscal 2022.

Another is to allow residents to start registering their bank accounts to receive cash handouts from the government using their My Number identification cards as early as possible.

The government plans to draw up a new priority program on policy measures for digitization by the end of December based on what was proposed at the meeting.