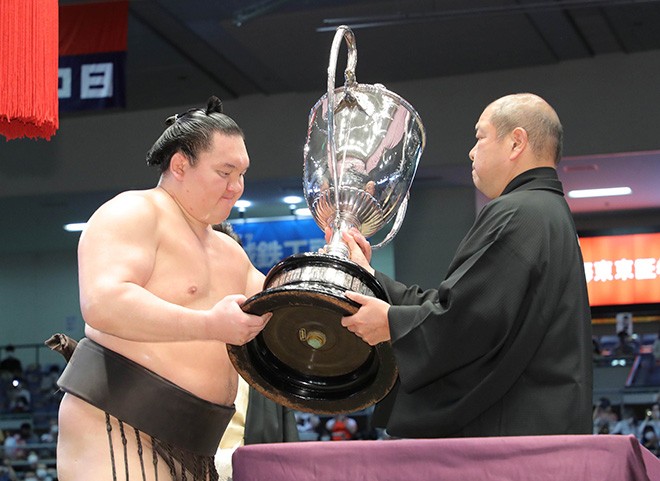 Just days before the start of the fall tournament, all 18 wrestlers of the Miyagino stable, including yokozuna Hakuho, will drop out due to multiple COVID-19 cases in the stable, the Japan Sumo Association announced on Sept. 6.

The Autumn Grand Sumo Tournament will open at the Ryogoku Kokugikan in Tokyo on Sept. 12.

According to the JSA, a second-highest juryo division wrestler in the Miyagino stable tested positive by Sept. 1, and another wrestler of the third-highest makushita division or lower was also confirmed infected in the same stable by Sept. 6.

Both reside in the stable and participated in training sessions with Hakuho and other wrestlers.

Hakuho and some other wrestlers are suspected of having been in close contact with the infected members.

The JSA basically orders all wrestlers in the same stable to withdraw from a tournament if one of them tested positive within two weeks prior to Day 1.

Hakuho tested positive for COVID-19 just before the New Year Grand Sumo Tournament in January and all the members of his stable withdrew from the basho at that time.

In July, Hakuho won the Nagoya Grand Sumo Tournament when his sumo career was on the line following a slew of injuries and withdrawal from tournaments. The championship marked the yokozuna's record 45th.