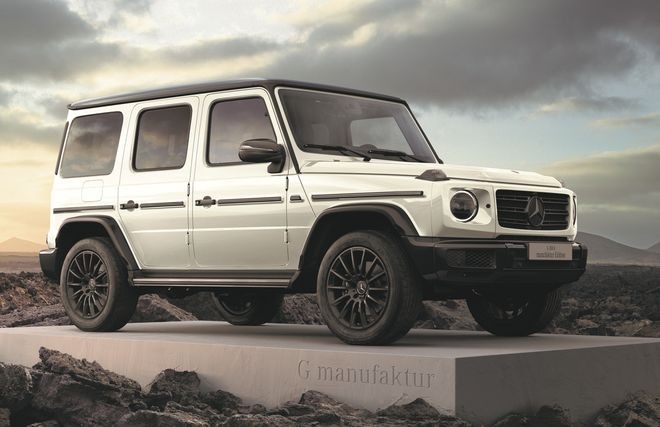 Well-heeled motorists with more money on their hands due to COVID-19 emergency curbs on outdoor activities are splurging on pricey imported cars in record numbers even if outings involve only short trips, figures for recent months show.

The Japan Automobile Importers Association (JAIA) said Sept. 6 that sales of new imported cars priced at 10 million yen ($90,600) or higher came to 2,212 units in August, up 37.2 percent from the previous year.

It was the ninth consecutive monthly increase since December.

“I had money saved up that I otherwise would have spent on trips,” Esaka, 46, explained.

The sport utility vehicle carried a hefty price tag of 15 million yen, making it the most expensive he has purchased to date.

Esaka said he wanted a larger vehicle for his family of four after a recent birth and also because of changes in lifestyle patterns triggered by the novel coronavirus pandemic.

Esaka used to make two to three overseas trips each year for pleasure but hasn't done any traveling for nearly two years because of the health crisis. He used to go to malls in central Tokyo for shopping trips but now ventures more often to less crowded suburban areas.

“Those factors made me feel it would be nice to have a luxury automobile,” he said.

JAIA data shows that sales of pricey non-domestic cars rose 29.4 percent to 13,921 units for the January-June period, setting a record for the first half of the year.

Total sales of imported models, including those under 10 million yen, also increased 19.3 percent to 136,491 units. Figures for upscale Ferrari and Porsche brands were the highest since records were first kept in 1988.

Sales of expensive imported automobiles are an unexpected offshoot of the pandemic.

Sales of such vehicles costing 10 million yen or more in 2020 swelled 0.5 percent to 22,712 units from the previous year, although total imported car sales were down 8.9 percent to 297,000. In comparison, eight Japanese automakers sold a combined 4.16 million units, down 11.2 percent year on year.

A JAIA representative said luxury models are “bought mainly by wealthier individuals,” noting that sales are more unlikely to be affected by the worsened economic conditions triggered by the health crisis.

The official said automakers have been pitching new expensive SUVs with a wider range of options for wealthier motorists, inspired by a shift among consumers from sedans to SUVs, whereas few high-end models had formerly been available in the category.

Used imported car dealer Current Motor Corp. said its sales rose by more than 40 percent this year from the previous year, with many people purchasing vehicles priced at 10 million yen to 20 million yen whose “production is limited to just hundreds of units.”

Keisuke Kurita, 29, manager of Garage Current in Yokohama, which is operated by the imported car retailer,  said, “A lot of wealthy consumers who relocate from central Tokyo to suburban areas buy those cars.”

He recalled that one customer recently chose a pricey Porsche model to drive around the neighborhood after moving from an apartment in Tokyo to a house in Kamakura in neighboring Kanagawa Prefecture.

Kurita said the man picked a blue vehicle because it would “match his new home from which the ocean can be seen.”

The JAIA expects upscale imported car sales to “grow on a stable basis from now on.” However, there is concern about a global shortage of semiconductors, a critical component of the "brains" of car engines. Automakers overseas have successively suspended their manufacturing and delivery times of new cars due to the problem.

Till Scheer, chairman of the JAIA and president of Volkswagen Group Japan KK, said the situation in Japan had not proved to be cause for alarm during the first half of this year but cautioned that a close watch should be kept on future developments.