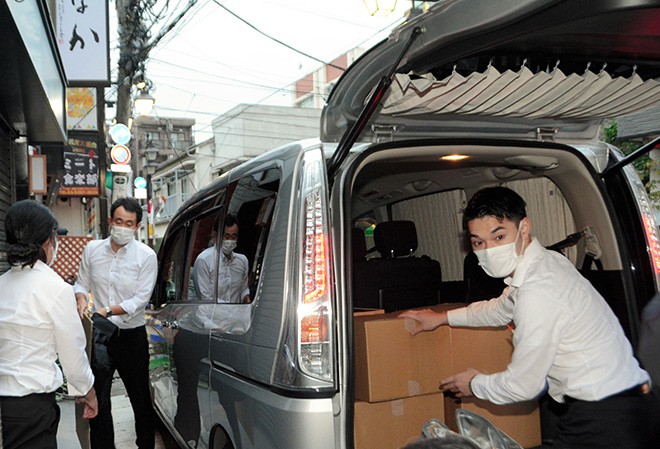 Special investigators from the Tokyo District Public Prosecutors Office suspect that a university board member caused financial damage to the institution worth hundreds of millions of yen in relation to a university contract for the reconstruction of its hospital.

Investigators also searched the home and office of Hidetoshi Tanaka, the chairman of the university’s board of directors, and an affiliated company, Nihon University Enterprise Co., in Tokyo’s Setagaya Ward, along with other sites.

The company, which supervises and operates related facilities, was established by the university in 2010 and is wholly funded.

Nihon University hired a design office in Tokyo to design and manage the reconstruction of its Itabashi Hospital in Tokyo’s Itabashi Ward at a cost of more than 2 billion yen ($18.15 million) in 2020.

But investigators suspect that hundreds of millions of yen disappeared over the contract, sources said.

The investigation team handling the case believes that the university board member, who is also a board director for Nihon University Enterprise, was involved in the illicit conduct.

It obtained a search warrant for his home, as he is under suspicion for a breach of trust in which he may have caused hundreds of millions of yen worth in damage to the university.

The investigative team searched a wide range of related sites beginning on the morning of Sept. 8.

The board member is believed to be a close aide of Tanaka, so the search covered the chairman’s office and his home, as well. Agents who searched his home carried out cardboard boxes packed with confiscated items around 5:30 p.m. that day.

Tanaka became the university’s chairman in 2008 and is also the vice chairman of the Japan Sumo Federation, which supervises amateur sumo wrestling.

Investigators have already questioned officials from the design office, who spoke on a voluntary basis.

The hope is that an analysis of the confiscated documents will help further reveal where the money has gone.

A breach of trust is a crime in which financial damage is caused through a breach of duty that benefits the perpetrator or a third party. The statutory penalty for a breach of trust carries up to a five-year prison sentence or up to a 500,000 yen fine.

“We are under the scrutiny of the investigators, and we don’t know any details in this case, so we would like to refrain from providing comment,” a university representative said.

Nihon University has about 70,000 students and touts itself as “the largest in the nation” on its website.