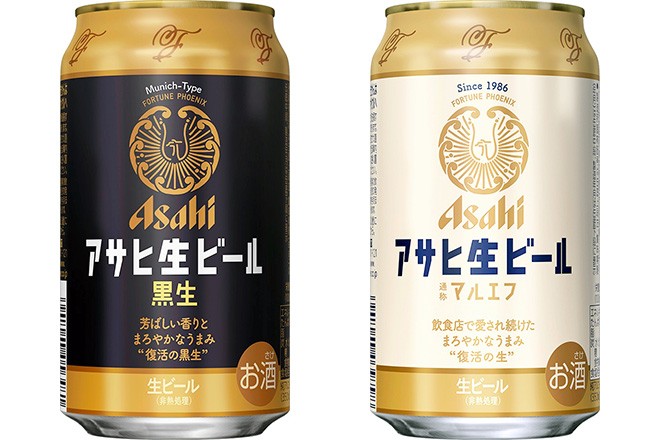 “We decided to revive it (Asahi Draft Beer) because we believe it can provide a sense of comfort that Super Dry cannot offer,” Kazuo Matsuyama, who heads Asahi’s marketing division, said in an online news conference that day.

Asahi said it is aiming to have Asahi Draft Beer become its second showcase product following the mega-hit Super Dry beer by taking advantage of the popularity of drinking alcohol at home amid the COVID-19 pandemic and a reduction in liquor tax last year.

The brewery first launched Asahi Draft Beer in 1986, but discontinued the production of its canned versions in 1993 to free up capacity to boost the production of Super Dry, which became a major hit after going on sale in 1987.

Asahi has continued selling Asahi Draft Beer to bars and restaurants, where the product has enjoyed enduring popularity, according to the brewery.

The revived canned Asahi Draft Beer will have new packaging, but still taste rich and smooth as the original ones did, the company said.

While Asahi sold about 65 million cases of Super Dry in 2020, it aims to sell 10 million cases of Asahi Draft Beer annually in five years. One case is equivalent to 20 633-milliliter bottles.

The brewery will also launch a new Asahi Black beer on Nov. 24.