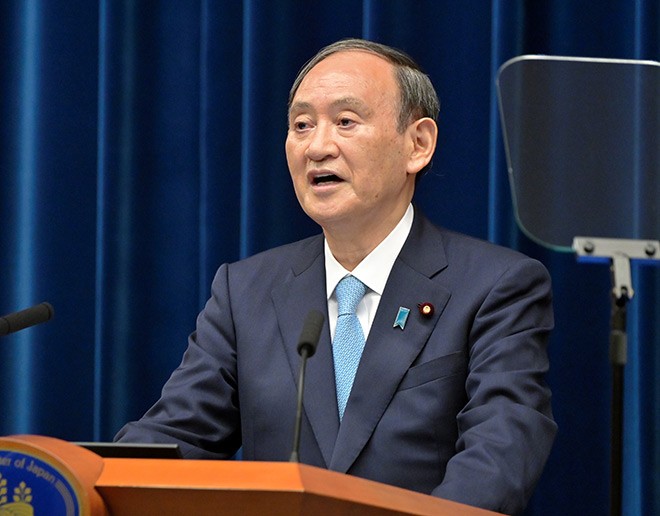 Prime Minister Yoshihide Suga said he deeply regrets failing to secure enough medical resources to treat COVID-19 patients, during his first news conference since he abruptly bowed out of running in his party’s presidential election.

The news conference was held at the prime minister’s office in Tokyo on Sept. 9 following the government’s decision to extend the current COVID-19 state of emergency, which is set to expire on Sept. 12, in some areas.

“Running in the presidential election would require tremendous energy since I need to deal with the pandemic and perform my duties at the same time,” he said. “I announced I would not seek re-election by taking into account all these factors.”

Suga expressed his intention not to run in the ruling Liberal Democratic Party’s presidential election set for later this month at the meeting of the party executives on Sept. 3. He is expected to step down after the election, bringing an end to his tenure as prime minister in just about a year.

Reflecting on the past year, during which he has been kept busy coordinating Japan’s response to the pandemic, he said it was a tough period that made him feel like he was “fumbling my way in a dark tunnel.”

As for the Tokyo Olympics and Paralympics, Suga acknowledged that opinions were divided over holding the Games this past summer, but he said Japan was able to fulfill its responsibility as the host nation by staging the events.

“One year was too short for me to do everything (I wanted to do as prime minister),” he said. “But I think I was able to set out a path toward a future where children, young people and other members of the public can feel secure and have hope.”

Suga also revealed that he had considered calling a snap Lower House election or reshuffling the party leadership before giving up on running in the presidential election.

He said he conducted various simulations on dissolving the Lower House for a snap election and that he thought about the leadership reshuffle in the hope of realizing it.

He also said he sometimes had no one to turn to when preparing to seek re-election as LDP president because he does not belong to any LDP faction.

When asked if he will run in the Lower House election this autumn, Suga said he plans to do so.

Official campaigning for the LDP presidential election will kick off on Sept. 17. Voting and vote counting will be held on Sept. 29.