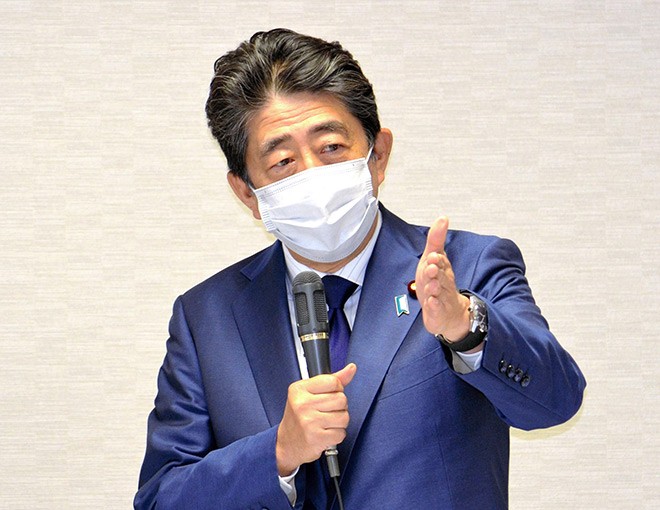 The ruling Liberal Democratic Party’s presidential election last year was decided in the blink of an eye.

No sooner had Prime Minister Shinzo Abe announced his resignation than Chief Cabinet Secretary Yoshihide Suga, until then hardly regarded as the favorite, suddenly emerged as the frontrunner.

I was taken aback by how leaders of the party’s factions reacted en masse, scrambling to jump on the bandwagon.

Compared with that, this year’s election appears to be shaping up to be more like a race.

In many of the intraparty factions, members have been unable to agree on a single candidate they can all support. Younger and mid-level members are calling for cross-factional collaboration to break free of control by the old guard. It has also been decided that the party’s 1.13 million members and supporters will also cast ballots.

This brings to mind expressions frequently used to characterize the LDP over nearly a decade, such as “Abe ikkyo” (Abe’s one-man domination), “kantei shudo” (under the leadership of the prime minister’s office) and “seiko totei” (political leaders more powerful than political parties).

Both seasoned and younger politicians are staying mum. The LDP has lost its personality as a “big-tent party” that could accommodate the entire political spectrum from the right to the left.

In this respect, at least, I see subtle signs of something starting to “germinate” within the party.

The history of LDP presidential elections is eventful.

Prime Minister Takeo Fukuda, who suffered a totally unexpected defeat in preliminary balloting by party members and supporters for a second term, famously lamented, “Sometimes the voice of heaven can be weird.”

Junichiro Koizumi, who vowed to “destroy the LDP,” won by a landslide, contrary to the expectations of faction leaders.

In one election, the candidate who won the largest number of votes ended up losing in a runoff election when the second- and third-placed contenders joined forces to defeat him.

One matter of concern is that the candidates seem to have changed their tune after meeting with Abe.

The last thing we expect from the presidential hopefuls is to nip the signs of change in the bud by competing to show who can best accommodate what a former prime minister wants done without being told.

The LDP presidential election is creating a blank in the political calendar as the nation grapples with the fifth wave of the novel coronavirus pandemic.

Given this inconvenience, the party should bear in mind that the public will not tolerate being ignored. There will be a Lower House election to follow this autumn.