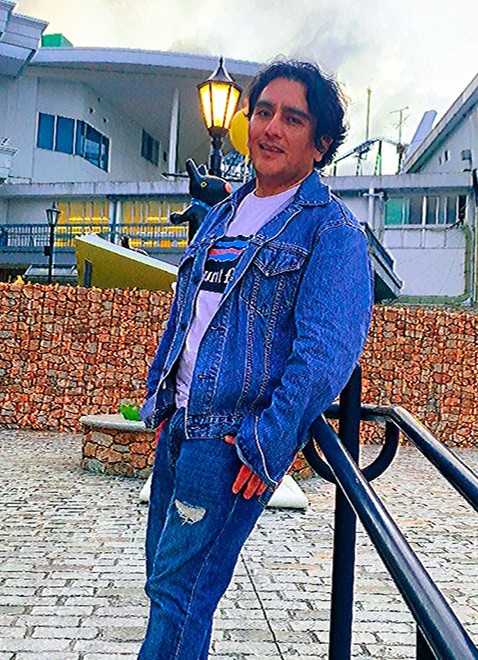 The Justice Ministry on Sept. 13 granted special residence permission to a Japanese-Peruvian man suffering from pancreatic cancer, a rare decision allowing him to seek covering his medical expenses through the national health insurance system.

Vladimir Juan Burgos Fujii, 48, was detained at the Osaka Regional Immigration Services Bureau and subsequently let out on provisional release.

The ailing man wanted to get immediate surgery, but so long as he is out on provisional release, he cannot cover his medical treatment through health insurance.

So, he asked the ministry to grant him special residence permission. It was granted within about three weeks after he filed the application.

The justice minister decides on special residence permission after taking the circumstances of each applicant into account, and requiring medical treatment for an incurable disease is one factor that can be considered in making such a decision.

But it still is uncommon and it was unprecedented to grant him permission so quickly.

Burgos Fujii visited the bureau with his family on the morning of Sept. 13 and received a residence card issued for special activities with the purpose of recovery.

Masahito Nakai, a lawyer representing Burgos Fujii, said the Peruvian national will start the process for entering the national health insurance system in the municipality where he resides.

Burgos Fujii is also expected to undergo tests at a hospital in Nara Prefecture for his cancer surgery.

He fell ill earlier this year and was diagnosed with pancreatic cancer in early August.

His medical treatments have already cost him some 800,000 yen ($7,280). Because of his provisional release status, he is not allowed to generate an income, nor to be allowed to obtain health insurance, which means he must bear the full brunt of his medical expenses.

His condition requires an operation, which is expected to cost him several millions of yen on top of his other treatment. But it would have been too heavy a financial burden to bear alone.

When Burgos Fujii’s condition deteriorated, the Osaka bureau sent the case to the Immigration Services Agency, seeking a quick response for humanitarian reasons.

He said he is thankful to the immigration authority, but he made his case to “help all other foreign nationals who are suffering.”

Nakai said related people including a health care organization that has created a care plan for Burgos Fujii did their best, and that the immigration authority, despite some limitations, exercised the greatest effort possible in trying to fulfill the man’s wish.