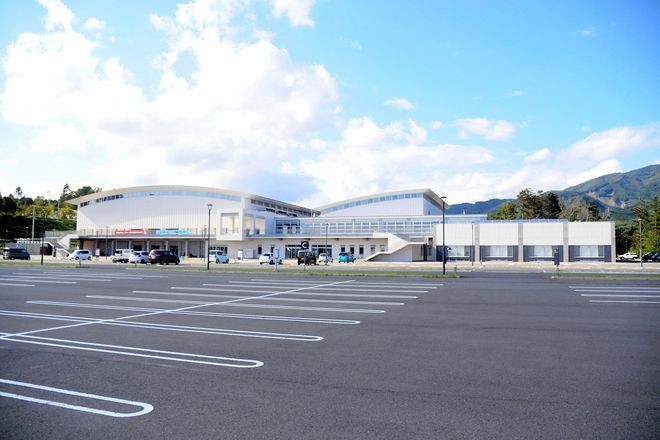 Municipalities hit by the 2011 Great East Japan Earthquake and tsunami are on track to rack up massive costs for facilities that were quickly rebuilt or newly built in the wake of the disaster.

The total area for public housing and other public facilities has risen greatly in these municipalities during reconstruction efforts, an Asahi Shimbun analysis of land data has found.

Public facilities now cover an area 20 percent larger than before the 9.0-magnitude tremor in 42 cities, towns and villages in Iwate, Miyagi and Fukushima prefectures.

Each municipality will have to spend somewhere between an estimated 300 million yen ($2.7 million) to 30 billion yen a year to cover their maintenance and operation costs alone.

Experts are raising concerns this could become a big problem for municipalities affected by the earthquake and tsunami in trying to balance their budgets.

“In some cases, the rebuilding efforts that followed the disaster were carried out hastily and due consideration was not given in deciding how best to operate these facilities given the shrinking local populations,” said Michio Ubaura, an urban planning professor at Tohoku University. “Their operational and maintenance expenses will account for an even larger proportion of municipal finances from here on out.”

On top of that, buildings that were built before the 2011 earthquake will soon need to be replaced, adding more heft to a quickly growing tab.

The Asahi Shimbun calculated the total floor space and maintenance costs of local government offices, schools, regional communities’ buildings and the residences of disaster victims across 42 municipalities, based on documents and accounts by officials.

The study was carried out 10 and a half years after the March 11, 2011, earthquake and tsunami.

Officials had initially made speed the priority, aiming to rebuild the infrastructure and townscape within a decade after the disaster. The northeastern Tohoku region just entered this fiscal year the second phase of its post-disaster recovery, which will last for five years, shifting its focus to mental health care for victims.

Public housing for earthquake victims makes up 55 percent of all the post-disaster buildings. The state poured massive amounts of funding into those structures and recovery subsidies were used to provide citizens with houses.

Documents obtained by The Asahi Shimbun from 42 cities, towns and villages show there were 27,000 such homes as of the end of last year.

One example of the problem is the Yume Arena Takata sports complex in Rikuzentakata, Iwate Prefecture, which opened in April 2018 to replace the former municipal gymnasium and pool that were destroyed by the tsunami.

But despite that considerable investment, it has underperformed based on the initial expectations.

The sports facility is equipped with a parking lot that can accommodate 440 vehicles. But a resident living nearby confessed that they rarely see many cars parked there.

Yume Arena Takata is one of 20 community buildings in Rikuzentakata damaged by the 2011 tsunami and then rebuilt mainly through the state’s recovery subsidies.

Those community fixtures include a cultural hall now devoted to the iconic “miracle” pine tree that survived the tsunami, and a new community center. Many of those establishments have overlapping uses.

Rikuzentakata city crunched the numbers in March this year to project how much it will cost to continue operating these 20 facilities and other public buildings. It discovered at least 1.14 billion yen will be needed annually, on average, over 40 years.

The costs for infrastructure maintenance will also weigh on the municipality’s finances.

Development work was carried out to elevate land because the urban areas in Rikuzentakata were destroyed by the tsunami. Municipal roads and the water and sewerage system have also been updated.

The city’s estimate reveals total maintenance costs for both publicly run establishments and infrastructure facilities will reach an annual average of no less than 2.8 billion yen in the next 40 years.

It appears unavoidable that the municipality’s finances will become severely strained. The city’s budget for fiscal 2023 is expected to drop 5 billion yen from this fiscal year to 13.5 billion yen.

To lessen its future financial burden, Rikuzentakata is developing plans, expected by the end of the fiscal year, to extend the operation periods of facilities and infrastructure and level off their running costs.

Rikuzentakata is not the only struggling municipality.

The central government’s subsidies will end 20 years after the facilities opened. That means that if public housing for disaster victims sees an increase in vacancies amid a dwindling population and tax base, on top of the difficult-to-manage costs for operations and maintenance, municipalities will face a serious financial crunch.

Sendai, the largest spender among them, plans to invest at least 1.5 trillion yen over the 50-year period.

Other municipalities will face up to 3 trillion yen in maintenance fees in total over four decades.

Infrastructure such as roads, water supplies and sewerage systems are not included in those estimates. If the maintenance budget for roads and other infrastructure facilities is included, spending is predicted to more than double for some municipalities.

“It is important to be aware that it is common sense to properly operate facilities by always carefully considering future changes in population,” said professor Ubaura. “Doing so will prove helpful in recovery efforts in the future.”

Local governments know this is a problem coming down the tracks and have already started integrating and abolishing particularly costly establishments.

But that effort is not seen by experts as being enough to fix their revenue shortfall problems.

(This article was compiled from reports by Takaoki Yamamoto, Hidemasa Yoshizawa and Ryohei Miyawaki.)