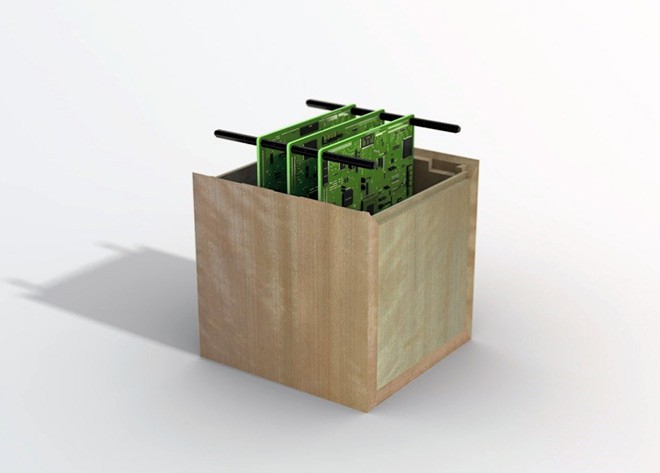 Kyoto University and Sumitomo Forestry Co. have teamed up on a plan to send the world’s first wooden satellite into space in 2023, according to scientists at the university.

The move is aimed not only at pitching a new technology for commercial satellites but also to help to protect the environment far above the Earth’s surface.

The researchers plan to conduct experiments from December at the International Space Station to gauge the deterioration rate of various types of timber in space.

The planned satellite’s semiconductor substrate will be made of silicon, metal, plastic and other materials.

But its body, which measures 10-11 centimeters on each side, will be made of wood.

The scientists said no deterioration was detected in the quality of Japanese big-leaf magnolia, hinoki cypress and cedar trees after they were left for about three years in a lab with an atmospheric pressure equivalent to a location 100 kilometers high.

In the project, the scientists will study how space affects wood by exposing three varieties of trees with different hardness--Japanese big-leaf magnolia, mountain cherry and Erman’s birch--outside of the ISS for about six months.

Satellite fuselages are now mostly made of aluminum. Those satellites are designed to burn up when they re-enter the atmosphere after completing their missions.

But the burning process still disperses extremely small aluminum particles of several micrometers, which have the potential to damage ascending rockets.

There also are concerns that those tiny particles could affect the Earth’s climate, according to Takao Doi, an astronaut and professor in the Unit of Synergetic Studies of Space at Kyoto University.

“If the volume of those particles in space increases, they could deflect more sunlight, contributing to extreme climate events around the globe, such as unusually high temperatures in some parts and the opposite in other areas,” he said.