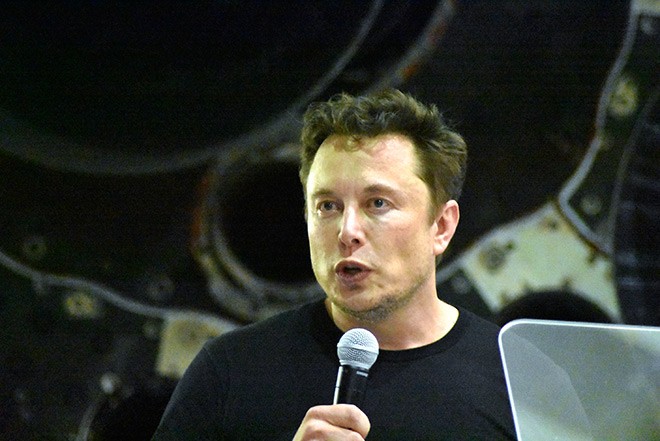 Why do humans try to make robots that look like people? One answer could be a desire to feel an affinity with their creations.

The birthplace of “Tetsuwan Atomu” (Astro Boy) and other popular robot manga titles, Japan has produced endearing machines with names such as Asimo and Pepper.

Another answer is that humanoids are better suited for tasks that require operating automobiles, farm equipment and other existing machines.

In “The Caves of Steel,” published more than six decades ago, U.S. science fiction writer Isaac Asimov (1920-1992) had a robotics scholar note that giving a human shape to a robot is far easier than redesigning every modern machine from scratch.

A project conceived by U.S. entrepreneur Elon Musk seems to echo this argument.

Musk has announced that he will develop a prototype robot with a human physique, standing 173 centimeters tall and weighing 57 kilograms, by the end of next year.

It will be put in charge of tasks too dangerous or monotonous for humans to perform.

In released images, the robot’s face is blacked out, as if to reject any intimacy.

Musk, chief executive officer of Tesla Inc., has warned about the rise of artificial intelligence. He argues that androids could eventually overpower humans and become as dangerous as in the film “The Terminator.”

To avert such an outcome, the Tesla Bot will be designed with only limited arm strength.

If his intention is to create servants who will never outdo their human masters, I can agree with this.

However, I still feel there is something lacking. That’s probably because of the countless manga featuring robots that have conditioned me to imagine them only in a certain way.