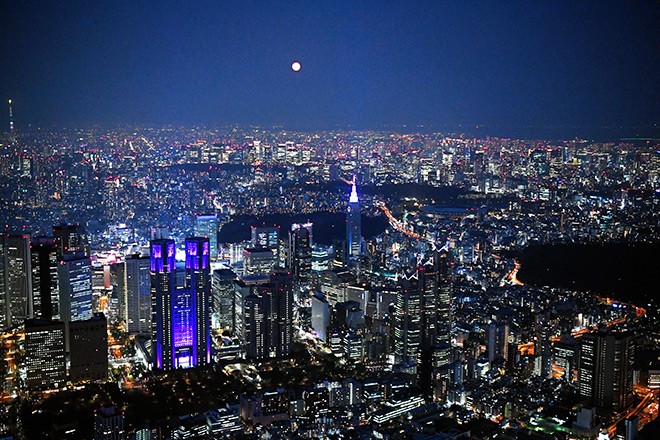 Tokyo, seen when it was under a state of emergency over the novel coronavirus in April (Asahi Shimbun file photo)

New daily infections in the capital fell in comparison to the same day a week earlier for the 23rd consecutive day.

Tokyo's seven-day average of new cases over the week through Sept. 14 was 1,243.7, accounting for 55.7 percent of the number for the preceding week.

The capital's number of serious cases requiring the use of a ventilator or ECMO heart-lung bypass machine fell 17 to 208.

Tokyo officials said 14 people in their 50s to 80s died from the disease.

Ninety-four new patients were under 10. There were also 80 new patients in their teens and 64 aged 65 or older.