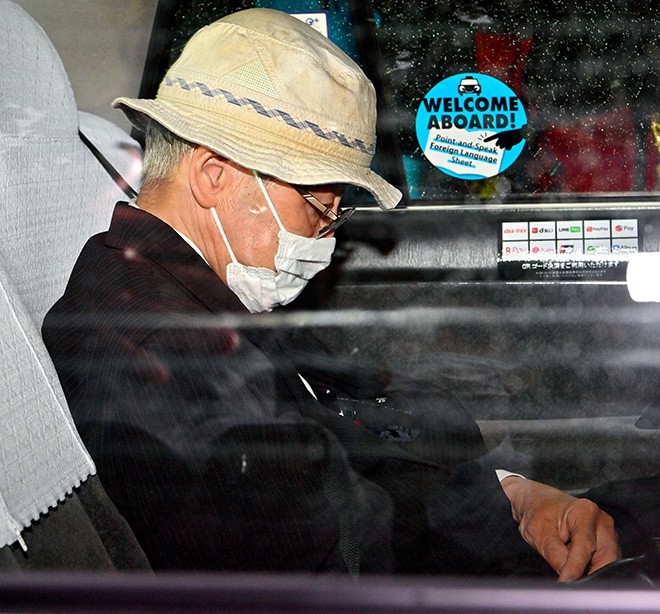 Kozo Iizuka heads home in a taxi on Sept. 2 after the Tokyo District Court found him guilty of negligent driving resulting in death and injury and handed him a five-year prison sentence. (Hiroyuki Yamamoto)

A 90-year-old former government bureaucrat will not appeal a court ruling that sentenced him to five years in prison for killing two people and injuring nine others in a 2019 traffic accident.

“I want to accept the verdict and take responsibility for my crime,” Kozo Iizuka, a former senior official in the industry ministry, told the head of a nonprofit organization that provides support to perpetrators of crime on Sept. 15.

According to the NPO leader, Iizuka also apologized to victims of the accident that occurred in Tokyo’s Ikebukuro district, including a mother and her daughter who died.

The deadline for filing an appeal is Sept. 16. The prison sentence will be finalized because prosecutors are also not moving to appeal.

According to the indictment, Iizuka’s vehicle ran a red light and sped through two intersections, reaching a speed of 96 kph in a busy area of Toshima Ward in the capital on the afternoon of April 19, 2019.

The accident was one in a series of traffic incidents around Japan involving elderly drivers.

Iizuka’s case gained considerable attention because of his previous status in the government and his insistence that a mechanical abnormality caused the accident, not his mistaken pressing of the gas pedal instead of the brakes.

In its Sept. 2 ruling, the Tokyo District Court rejected Iizuka’s argument, saying he never used the brakes but lowered the accelerator to its fullest.

The court added there were no mechanical abnormalities that could account for the vehicle going out of control.

Since Iizuka never admitted to the negligence charge, the court told him to face his crime in a serious manner.

Iizuka was never detained and allowed to remain at home even after he was indicted. But with the finalizing of his sentence, he will likely serve time.

A Criminal Procedure Law provision allows for the suspension of a prison sentence for convicts 70 and older if the punishment could have a negative effect on the individual’s health.

One source in the judicial system said such decisions are made not based only on age, but the health of the individual is also taken into consideration.

The sentence Iizuka was given does not involve hard labor.