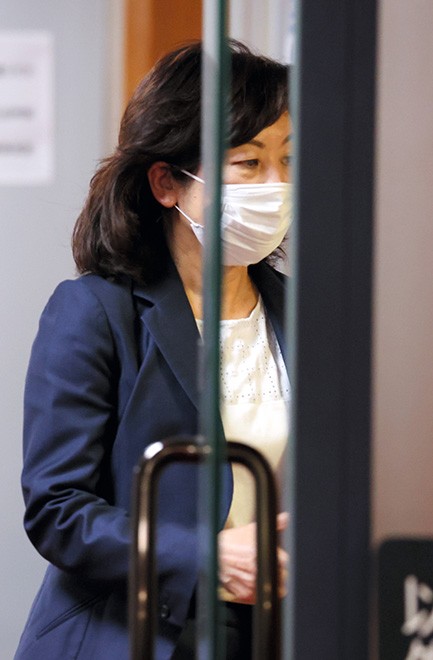 Seiko Noda at the Tokyo headquarters of the ruling Liberal Democratic Party on Sept. 14 (Koichi Ueda)

Seiko Noda, the ruling Liberal Democratic Party’s executive acting secretary-general, announced her candidacy for the party’s presidential election, creating a four-way contest over who will become Japan’s next prime minister.

Noda said on Sept. 16 that she had gathered the required 20 signatures of party lawmakers needed to formally enter the presidential race, which officially begins on Sept. 17. The vote will be held on Sept. 29.

The former internal affairs minister had failed on three previous occasions to gather the required signatures to run for LDP president.

After Prime Minister Yoshihide Suga announced he would not seek a second term as LDP president, Noda informed Secretary-General Toshihiro Nikai of her intention to enter the race.

In a message on her personal blog on Sept. 14, Noda said she wanted to run in the race because “it is important that the public knows how diverse the LDP is.”

The three other lawmakers who have already announced their intention to run are Fumio Kishida, a former foreign minister, Sakae Takaichi, a former internal affairs minister, and Taro Kono, the state minister in charge of administrative reform.