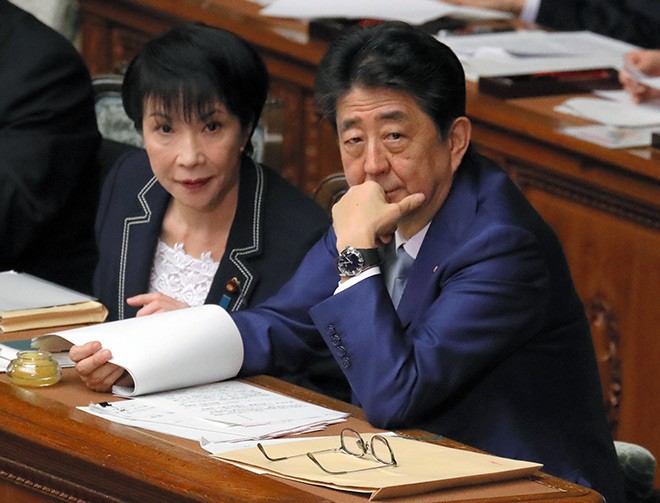 Taro Kono’s strategy in the Liberal Democratic Party presidential race is simple—win an outright majority of votes in the first round to prevent grudges and alliances among lawmakers from dictating the result in a run-off.

However, the late entry of Seiko Noda in the LDP election has added a wrinkle in Kono’s plan to become Japan’s next prime minister.

In the first round of voting, local party members will cast ballots that are counted by their prefectural chapters. LDP lawmakers will vote on Sept. 29.

The prefectural votes will be distributed proportionally, and the ballots of all prefectural chapters will match that for LDP lawmakers in the first round.

Kono is hoping his wide popularity among the general public will lead to enough prefectural votes to more than offset a possible decline in support from among lawmakers.

If none of the four candidates captures a majority of votes in the first round, a run-off will be held.

Kono definitely wants to prevent that from happening.

In a run-off, the proportion of prefectural votes will decline dramatically, giving LDP lawmakers a stronger say in picking the next party leader.

The 47 prefectural chapters will get only one vote each in the run-off, while all 383 LDP lawmakers will have one vote.

All LDP factions, except one, have effectively decided to let their members vote for whoever they like in the first round, making it difficult to forecast how the votes will be distributed.

Complicating matters is the candidacy announced by Noda, the LDP executive acting secretary-general, on Sept. 16. She is expected to siphon off some of the votes among LDP supporters at the local level.

Kono is hoping that the support expressed for his candidacy by Environment Minister Shinjiro Koizumi and Shigeru Ishiba, a former LDP secretary-general, will give him added momentum among ordinary party supporters in the first round.

Ishiba himself knows full well the dangers of a run-off. He placed first in the first round of the 2012 LDP presidential election, mainly through local support. However, he failed to gain an outright majority and lost to Shinzo Abe in the run-off.

Although Ishiba decided not to run in this month’s election, his presence could still affect the outcome.

Abe is intensifying efforts to lobby LDP lawmakers to vote for someone other than Kono.

Abe has been calling younger members of the LDP faction he belongs to, asking them to vote for Sanae Takaichi, the former internal affairs minister who has long been a close political ally of Abe.

Abe has not forgotten the harsh criticism directed at him by Ishiba when he was prime minister and is trying everything to prevent a win by Kono.

A run-off could be most advantageous for the fourth candidate, Fumio Kishida, a former foreign minister.

Kishida, who is expected to receive the full support of the LDP faction he leads, will also be striving to prevent Kono from gaining an outright majority in the first round.

If Kishida should end up in a run-off with Kono, those who voted for Takaichi in the first round will likely cast their ballots for Kishida in the run-off.