Quarantine curbs to be eased for 20 nations, part of Russia 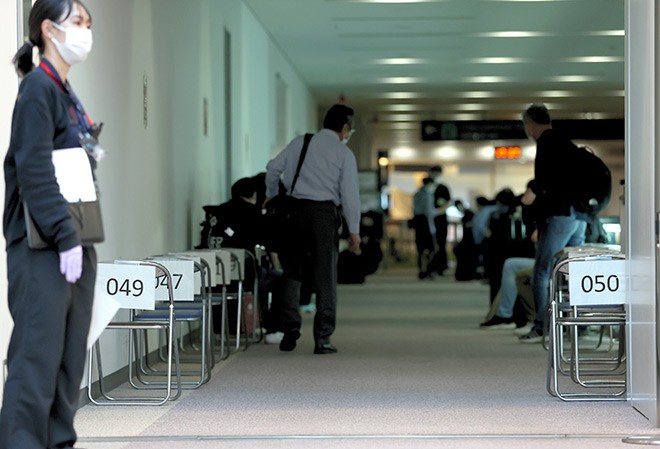 Arriving passengers from 20 nations and part of Russia will no longer be obliged to self-isolate for three days at government-designated facilities after landing in Japan. The measure takes effect from midnight Sept. 19.

The United States, France and Thailand are among the countries covered by the relaxed easing of rules. The measure reflects the explosive spread of the Delta variant of the novel coronavirus, which has made such entry restrictions less meaningful.

However, arrivals from the 20 nations and parts of Russia will still be obliged to self-isolate at home or other lodgings for 14 days.

Until now, arrivals from Indonesia and the Kyrgyz Republic were ordered to stay in such accommodation for as long as 10 days, but that will now be reduced to three days.

Arrivals from six nations, including India, were ordered to self-isolate for six days and banned from leaving and re-entering Japan thereafter. That measure will also be reduced to three-day stays and the ban lifted.

Arrivals from three other nations, including the United Arab Emirates, had been ordered to self-isolate for six days, but the period will now also be reduced to three days.

However, all such arrivals will still be obliged to self-isolate for 14 days at home or alternative lodgings.

In contrast, arrivals from three nations that were not affected by any of the quarantine measures will now be asked to self-isolate for three days. The measure covers Uzbekistan, the Dominican Republic and Khabarovsk in Russia's Far East.

The government also announced five variant strains of the novel coronavirus that it is focusing on when deciding if tougher entry restrictions are needed. Until now, the three variants that caused primary concern were Beta, Gamma and Delta. The new variants are Eta, Iota, Kappa, Lambda and Mu.