Ministry to pay for processing tainted water at Futenma base 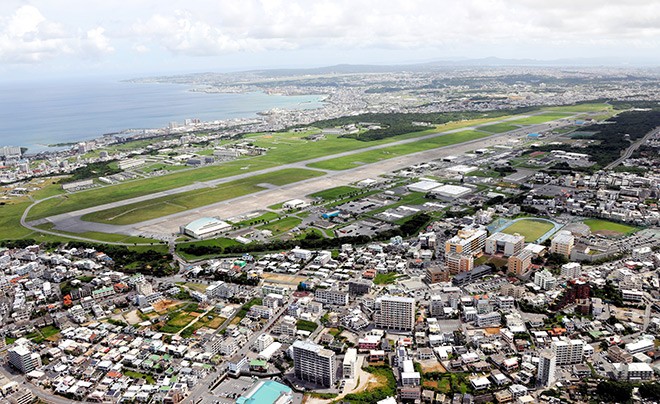 The Defense Ministry will pick up the tab for processing water contaminated with a suspected carcinogen in storage at the U.S. Marine Corps Air Station Futenma in Ginowan, Okinawa Prefecture.

The central and Okinawa prefectural governments were outraged after water contaminated with perfluorooctane sulfonic acid (PFOS) was dumped from the Futenma base into the Ginowan sewage system on Aug. 26.

All remaining wastewater at the Futenma base that has not been processed to remove PFOS will be turned over to a specialized company for proper processing, Defense Ministry officials said Sept. 17.

Defense Ministry officials said the measure “was an emergency and provisional” one to prevent wastewater containing PFOS from overflowing from underground storage tanks on the base during the typhoon season.

They quoted U.S. military officials as saying there were about 360,000 liters of wastewater still on the base. About 64,000 liters were dumped into the sewage system on Aug. 26.

Okinawa Governor Denny Tamaki welcomed the ministry's intervention as “a step forward,” but also said in a statement released Sept. 17 that water contaminated with PFOS was still being stored at other U.S. military facilities in the prefecture.

He pledged to continue to hold discussions with municipal authorities on ways to handle the matter.