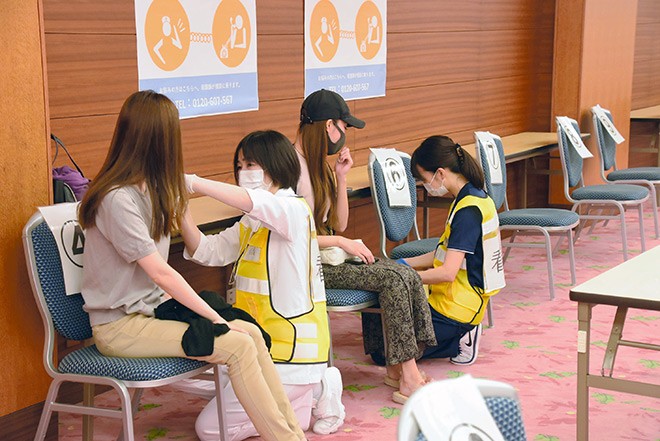 Women receive jabs against COVID-19 at a vaccination center set up in Tokyo’s Minato Ward on Sept. 17. The venue is open only Friday nights to accommodate working people. (Keita Yamaguchi)

The latest daily count marked the 28th consecutive day for the figure to decline from the same day a week ago, metropolitan health officials said.

The seven-day average of newly confirmed infections over the week through Sept. 19 came to 815.3, or 58.9 percent of the figure for the preceding week.

The 16 new fatalities involved patients in their 30s to 90s. All but one were men.

Officials said the number of serious cases requiring special breathing equipment was down six to 171.