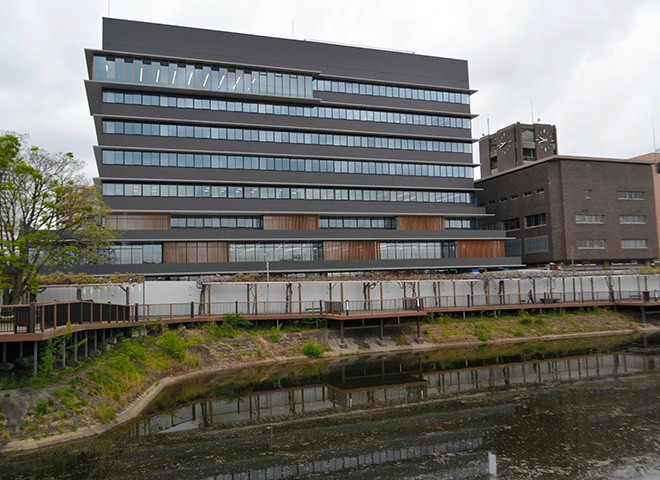 KOSHIGAYA, Saitama Prefecture--An exhausted public health center worker here, who is worried colleagues may quit to avoid death from overwork during the COVID-19 pandemic, took her complaints about the working conditions to a higher level.

Chiharu Saito, 40, who is in charge of measures regarding infectious diseases at Koshigaya city’s public health center, on Sept. 1 notified the Kasukabe Labor Standards Inspection Office in Saitama Prefecture that her workplace conditions may be in violation of the Labor Standards Law.

The Koshigaya city government had taken measures to alleviate the burden on public health center workers, but they were not enough to deal with the repeated waves of infections that hit the prefecture just north of Tokyo.

City officials said they are now working with labor inspectors to help improve the situation.

Saito said she hopes her action will improve the situation not only in Koshigaya but also at centers across the prefecture that are being worked to the bone.

“It would be best to improve the situation by ourselves under ordinary circumstances,” Saito said at a news conference in Koshigaya on Sept. 18. “But I hope to create a movement that leads to improvements with outside help. It is not only Koshigaya’s problem.”

Saito was assigned to work at the public health center in April 2020, and said she immediately saw the extremely heavy workload of her colleagues.

In January this year, when the third wave of infections was spreading through the prefecture, Saito and other staff members submitted an emergency written request to the city’s mayor, Tsutomu Takahashi.

They urged the city government to reduce the number of overtime hours for health outreach workers and ease the burden of handling calls at night.

“Staff in management-level positions are also exhausted,” they said in the request. “We are too busy worrying about this day-to-day intense situation.”

Saito said in the request that staff at the center have had to work overtime almost every day over the past year and a half. Those in management positions had to work extra hours until 10 p.m. to midnight.

Multiple workers had been on the verge of dying of exhaustion, Saito said in the request.

At the news conference, Saito noted that many workers who monitor the health conditions of COVID-19 patients are raising their own children.

She said some of them could quit if the current situation continues, which would weaken protections of the health of infected residents.

The city government has dispatched certified health outreach workers from other divisions and hired retired nurses to help strengthen the system to observe the conditions of COVID-19 patients.

But Saito said such measures have limits because an infection wave could come at any time after the previous one dies down.

Saito said she took the issue to the labor bureau to seek fundamental improvements.

“We will work to improve conditions as much as possible,” he said.

Working long hours has become the norm at public health centers in Saitama Prefecture since around March 2020, when the number of the infected residents started rising.

According to the prefectural government, 81 employees at 13 public health centers worked more than 80 hours of overtime in January this year, when the third wave reached its peak.

Working 80 hours of overtime a month is considered the threshold for “karoshi” (death from overwork) under labor standards.

Many of the staff members were health outreach workers whose jobs were to interview COVID-19 patients and observe their conditions.

At least one public health center employee in Kumagaya in the prefecture worked 208 overtime hours a month.

The prefectural government added 38 health outreach workers in April to the previous number of 117.

But overtime work at the centers still did not decrease because the novel coronavirus spread rapidly in summer.

(This article was written by Shintaro Kato and Shun Niekawa.)