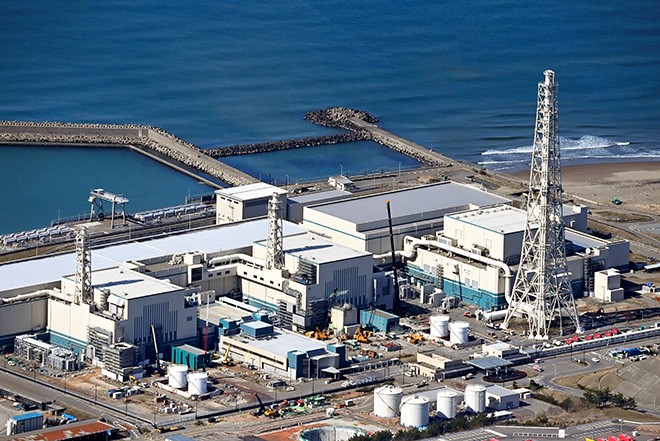 TEPCO is seeking to restart the No. 7 reactor at the sprawling nuclear plant, but the utility has run into a host of problems following stricter safety standards implemented after the 2011 disaster at its Fukushima No. 1 nuclear plant.

In the latest incident, about 100 fire detectors were not placed in locations set under safety regulations, the sources said.

The misplacements could delay the detection of heat and smoke from a fire, hampering an immediate response to such a potentially disastrous event.

Under the new safety regulations, nuclear plant operators are required to place a fire detector at least 1.5 meters from an air conditioner vent or other opening. That rule is based on the fire protection law.

Inspectors from the government’s Nuclear Regulation Authority in February noticed that a smoke detector was placed only about 1 meter from the ventilating opening in the storage battery room of the No. 7 reactor building.

TEPCO said it has since moved the detector to the proper location and confirmed through visual checks that the other fire detectors were installed in the right places.

But an additional NRA inspection in April found that two other fire detectors were misplaced.

Following that finding, TEPCO undertook a fresh check of about 2,000 detectors throughout the nuclear plant.

The company reported to the nuclear watchdog on Sept. 16 that more cases of misplaced detectors were confirmed, bringing the total to about 100, according to the sources.

With seven reactors, the Kashiwazaki-Kariwa nuclear plant is among the largest in the world in terms of capacity. It is also the only nuclear facility that TEPCO can restart since the company decided to decommission both the Fukushima No. 1 and No. 2 nuclear plants.

TEPCO is eager to put the Kashiwazaki-Kariwa plant back online because burning fossil fuel at its thermal plants has proved costly.

But the NRA in April ordered the company to stop preparations toward a restart following revelations of a number of safety flaws.

In January, the company announced the completion of work to bolster safeguarding of the No. 7 reactor, which has an output of 1.35 gigawatts.

However, fire-prevention work was not finished at many locations of the nuclear plant.

News outlets also reported in January that an employee of the plant entered the central control room of a reactor by using the ID of another employee in September last year, a serious breach of the NRA’s anti-terrorism measures.

In addition, it was found that security devices designed to detect unauthorized entry had not been working properly at 15 sites at the plant since March last year.

TEPCO left most of these devices unfixed for about a month.

The company is expected to submit a report to the NRA on how to prevent a recurrence by Sept. 23.

(This story was written by Tsuyoshi Kawamura and Yu Fujinami.)