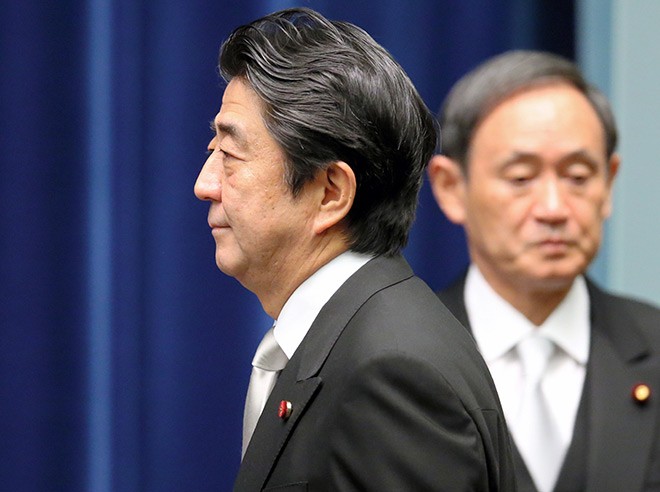 Prime Minister Shinzo Abe's Cabinet violated the Constitution in 2017 by failing to convene an extra Diet session in response to opposition party requests, a former Supreme Court justice says in an opinion paper.

Kunio Hamada jumped into the pending legal battle over whether Cabinets are required to comply with opposition requests to convene a Diet session.

Lawsuits are now before three high courts over a matter in 2017 when Abe's Cabinet waited 98 days before holding an extraordinary Diet session in response to an opposition request. Abe then, however, immediately dissolved the Lower House and a snap election was held.

Hamada submitted the opinion paper to the three high courts, including the one in Tokyo, in which he clearly states the inaction by the Abe Cabinet violated the Constitution.

Article 53 of the Constitution states that, “When a quarter or more of the total members of either house makes the demand, the Cabinet must” convene an extraordinary Diet session.

Hamada, who served on the Supreme Court between May 2001 and May 2006 before stepping down to work as a lawyer, wrote that the provision was intended to allow a minority of Diet members to ask for an extraordinary session and that actual deliberations had to be held once such a session was convened.

Article 53 says nothing about how quickly a Cabinet must convene an extraordinary session. The government position has been that the session should be held after a “reasonable period of time” has passed.

Hamada wrote that the Cabinet did not have the discretion to make a political judgment about what constituted a reasonable period and “in principle, it should be convened within 30 days of the request.”

Even if various circumstances, such as natural disasters, made holding a session difficult, one still should be convened within 45 days, he added.

Hamada concluded that waiting 98 days to convene the session as the Abe Cabinet did was a “clear violation of the Constitution.”

When asked why he wrote the opinion paper, Hamada said, “A situation has arisen which threatens to destroy constitutional order.”

“Despite that, I felt a sense of crisis that three rulings have been issued that overlooked the unconstitutional act,” he said.

Opposition lawmakers submitted lawsuits in three district courts. While two district courts did say the Cabinet was obligated under the Constitution to convene an extraordinary session, none ruled on whether the Abe Cabinet acted unconstitutionally.

The Okayama branch of the Hiroshima High Court heard final arguments on the issue this month.

Hamada was also critical of the Cabinet of Prime Minister Yoshihide Suga, which has still not responded to an opposition request for an extraordinary session made two months ago.

He said that was a violation of Article 53.

“The biggest problem is shutting out Diet deliberations based on ‘words’ that are most important for lawmakers," he added. "During that period, the political sector has made light of ‘words’ and ‘logic.’ One factor that has led to this situation is the judiciary ignoring what is clearly a constitutional violation.”

Hamada said the fact that a state of unconstitutionality remains regarding convening extra Diet sessions is an important issue that candidates in the upcoming Lower House election should have to state their positions on.