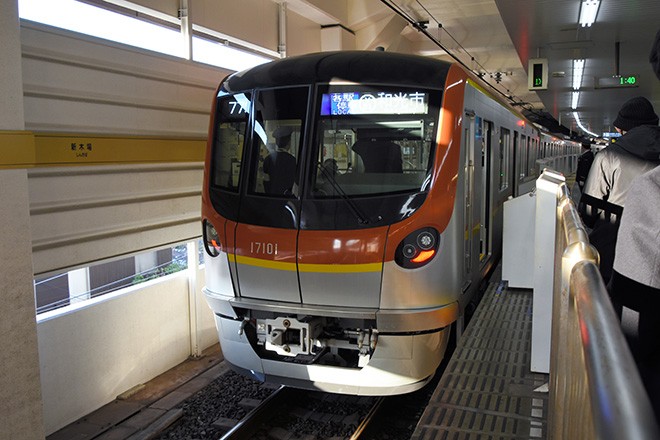 Plans are in the works to extend two Tokyo Metro subway lines, out of its network of 13, to relieve congestion in key areas and make it easier for tourists to travel around the capital.

The last time a new subway line was introduced in Tokyo was 2008, when the Fukutoshin Line was brought online.

But because the novel coronavirus pandemic is making it difficult to forecast when subway traffic might return to normal, some are raising concerns about using large amounts of taxpayer money to foot the construction bill.

The longest extension would connect Toyosu Station on the Yurakucho Line with Sumiyoshi Station of the Hanzomon Line to the north. The extension would stretch for about five kilometers and two new stations would also be constructed.

The Koto Ward government has long pushed for the extension. The bayside area along the Yurakucho Line is a busy residential area, and one of the project’s aims is to shift tourist passenger traffic over to the extension so that they take Sumiyoshi Station to reach popular destinations in eastern Tokyo, such as Asakusa.

The extension would also go through Toyocho Station with the hope it would relieve some of the Tozai Line’s congestion.

The total estimated construction cost for the extension is 156 billion yen ($1.4 billion).

With Shinagawa Station also scheduled to serve as the terminal for the Linear Chuo Shinkansen project, transit planners hope the extension will lead to an increase in foreign tourists once the pandemic is brought under control.

The cost of the Shinagawa subway project is estimated at 80 billion yen.

EXTENSIONS COME WITH PROS AND CONS

Tomoyuki Todoroki, a professor of transportation engineering at Nihon University, pointed out that eastern Tokyo has some of the most congested subway lines in Japan and that the extension would help alleviate it.

“The extension could relieve some of the continuing congestion expected because there are still many development projects along the lines,” Todoroki said.

He added that while the extension from Shinagawa Station would be a very short one, it is still important to link it with a station that will one day become a major rail hub.

But Todoroki also said there is a need to consider potential profitability after estimating how much subway demand will return after the pandemic. He said the health crisis has led to more people moving out to the suburbs and that could lead to a change in how urban areas develop.

Commuters who rely on the lines affected by the plans had mixed thoughts about the project.

A 51-year-old bank employee who uses Toyocho Station for his commute said, “While I would appreciate having more options, I also feel it is not needed if it means additional burdens through taxes or higher fares.”

It is still not clear if Tokyo Metro will agree to take charge of construction.

Company officials had said they did not want to build a new line and wanted to instead concentrate on maintaining stable corporate management.

The transport ministry set up an expert panel in January to discuss the issue.

The panel recommended in July that Tokyo Metro should play the lead role in constructing and managing the two extensions. But it also called on the central and Tokyo metropolitan governments to sell off half their stakes in Tokyo Metro to allow the company to list itself on a stock exchange at an early date.

Tokyo Metro issued a statement saying it would become involved in the project if it received enough public support and if the two governments sold off their shares.

Company officials also said it would take at least a decade to complete construction.

(This article was written by Takashi Ogawa and Sho Hatsumi.)