Tokyo official: No way we can assess economic impact of Games 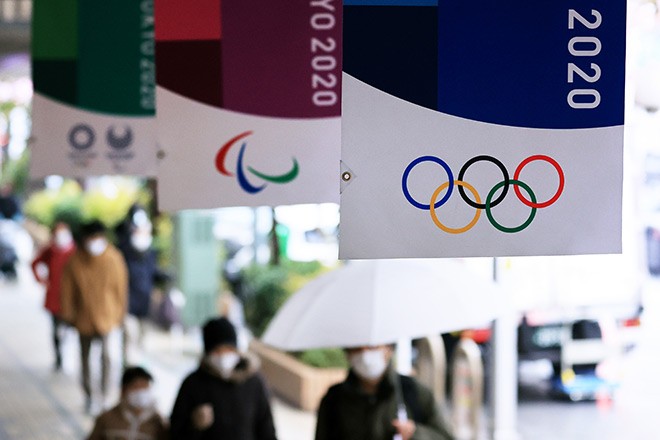 The Tokyo metropolitan government appears reluctant to estimate the economic benefits from hosting the pandemic-affected Olympic and Paralympic Games.

However, people in the capital who previously expected a windfall from the event were quick to voice their estimates.

Economists and organizers of the Games predicted the Tokyo Games would have an impact of as much as 32 trillion yen ($292 billion) on the overall economy in Japan.

But then the novel coronavirus spread around the world, forcing a one-year postponement of the 2020 Olympics and eventually leading to a ban on spectators from venues of the rescheduled event.

“The circumstances changed because of the novel coronavirus,” a Tokyo metropolitan government official said. “There is no way we can now assess the economic effects of the Olympics.”

The official added that the metropolitan government has yet to decide if it will explore the economic benefits of the Games.

TOURISM DEMAND THAT DID NOT HAPPEN

Furusato, 53, opened the inn in October 2019 on expectations of a huge influx of foreign tourists to the capital for the Games.

The inn is located near several Olympic and Paralympic venues and a short taxi ride away from popular sightseeing spots, such as Ginza and the Imperial Palace.

The postponement of the Games dealt the first blow to his business plan. All reservations at the inn for the 2020 Olympics were canceled.

Vacancies at the inn remained after foreign and then domestic spectators were banned from attending the venues.

Furusato now says he is unsure if the inn can survive until the pandemic finally ends and business returns to normal.

Economic think tanks had raised expectations that the Tokyo Olympics would sharply bolster not only the country’s tourism industry but also construction businesses, while encouraging consumer spending.

The Tokyo metropolitan government in 2017 went even higher, predicting 32 trillion yen in economic benefits from the sporting event.

Metropolitan government officials explained that “direct demand” would account for 5.2 trillion yen of the estimate, including Games-related construction costs and operation expenses, as well as spending from spectators.

They also said a trickle-down effect would occur, helping smaller contractors in the construction industry, such as cement producers.

Tokyo officials emphasized that the long-term economic “legacy effects” from the Olympics would total 27.1 trillion yen.

About 20 trillion yen of legacy effects would come from the post-Olympic use of the Athletes’ Village and construction of an international business base, they said.

The estimates, among other talking points, were used to justify the hosting of the Games during the middle of the pandemic and to counter concerns and opposition from the majority of public about going ahead with the event.

Now that the Games are over, a central government official said of those estimates, “The unforeseen COVID-19 pandemic made everything different.”

“It is inevitable, but the legacy effects will possibly remain at 20 to 30 percent of the estimated amount,” mostly because foreign visitors could not attend the Games, Kanda said.

The number of foreign visitors to Japan in 2019 hit a record 31.88 million. The government predicted the figure would surge to 40 million in 2020.

COVID-19-related entry bans and other travel restrictions crushed those expectations.

For now, the Tokyo metropolitan government appears stuck with its 2017 estimate of economic benefits of more than 30 trillion yen.

The previously cited metropolitan official said the 2017 estimate was based mainly on data collected by public offices, and, therefore, it remains up in the air if the officials can come up with a new assessment.

However, Katsuhiro Miyamoto, a professor of theoretical economics at Kansai University, said the 2017 number appeared “larger than reality,” even before the spread of the novel coronavirus, and may have been manipulated to justify the hosting of the Olympic Games.

The scope of the initial estimate was “far too wide,” he said. “It was like bait-and-switch advertising.”

Even if the pandemic did not occur, Miyamoto said, the estimated economic effects should have been less than one-third of the metropolitan government’s figure.

He said it was unclear if some of the cited legacy effects “could be attributed to the Olympics,” such as “the expansion of the market for self-driving technology and promotion of the robotics industry.”

Hideo Kumano of Dai-ichi Life Research Institute Inc. urged Olympic-related officials to offer an explanation to the public that takes into account the pandemic, particularly on how the legacy effects would help future economic growth.

Such an explanation should include revenues and expenditures related to venues of the Games, Kumano said.

Even if the number turns out to be unfavorable, Tokyo officials should be “held accountable because there were people who were opposed to the holding of the Olympics,” he said.

(This article was written by Shuhei Shibata and Yoshitaka Ito.)