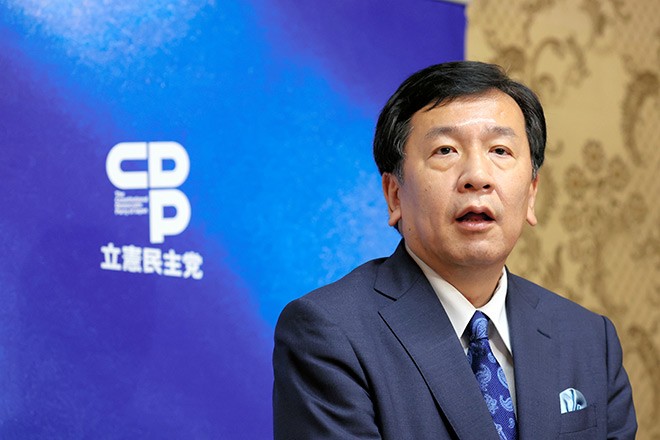 Former Prime Minister Shinzo Abe's Abenomics policy was a failure and did not narrow the economic inequality in society and is why the Japanese economy cannot be lifted from the doldrums.

As the results of the review were released, Yukio Edano, the CDP leader, said that he will advocate “a reduction in the consumption tax to 5 percent (from the current 10 percent) for a limited duration” as one of the main platforms for the upcoming Lower House election.

“(Abenomics) was clearly a failure. If you do not drastically change (economic policies), Japan cannot escape from its economic stagnation,” Edano told reporters.

The CDP established the review committee earlier this month and twice solicited the opinions of experts.

As a result, the party concluded that “(Abenomics) just made the rich wealthier” and that the 2014 and 2019 consumption tax hikes “adversely affected the people’s consumption," which accounts for more than half of the nation’s GDP.

“Based on consumption stagnation and financial difficulties in people’s lives amid the COVID-19 pandemic, at the very least a consumption tax reduction to 5 percent for a limited time is absolutely necessary,” Edano said.

He also said that the government’s goal to put the central and local governments’ primary balance into the black in fiscal 2025 “cannot help but be frozen for the time being.”

The CDP had announced its midterm report on its economic policies in June. In the report, the party said that basic services in medicine, welfare, elderly nursing care, childbearing and education should be boosted and income and consumption taxes should be reduced.

Based on those policies, within this month, the CDP plans to announce the economic policies it will advocate for the Lower House election later this fall.