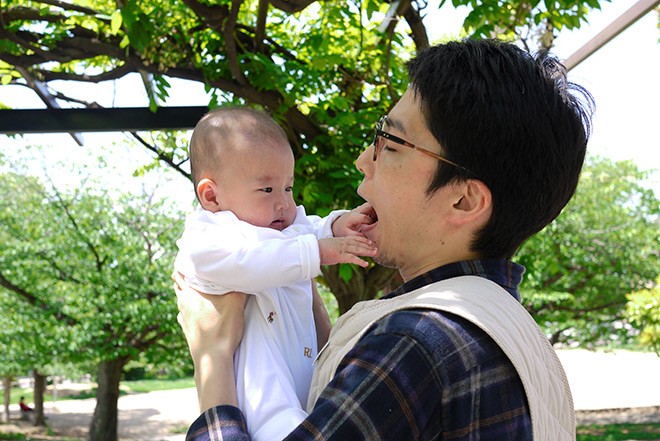 New fathers can take up to four weeks of child care leave within eight weeks of their baby's birth under new child care measures approved by the Suga Cabinet on Sept. 22.

The measures, which will help fathers look after their families immediately after childbirth, will take effect from Oct. 1, 2022.

They fall under the new child care program that was included in legislation passed in June that revised the child care and caregiver law.

According to a welfare ministry study, 12.65 percent of men took child care leave in fiscal 2020, a much lower figure in comparison to women.

Under the new measure, fathers would be allowed to divide the four weeks of child care leave into two parts, such as once at childbirth and again after the mother has left the hospital.

The changes will also allow fathers to divide into two sections the child care leave that was already in place under the old law.

That means fathers can take up to four separate child care leaves by using the two programs.

Another change will allow fathers to work while they are taking child care leave. The provision against working had been considered a major hurdle that prevented many men from requesting the leave.

Fathers will also be allowed to apply for the new child care leave two weeks before the start of the leave, a shorter period than under the current program.

Companies will also be obligated from April 2022 to inquire with employees regardless of gender who have submitted reports about an impending birth or pregnancy for themselves or their spouse. The companies will have to directly ask such employees if they intend to take child care leave.

Companies that fail to comply could have their names publicly disclosed if they do not obey the guidance and recommendations made by local labor bureaus.

Companies with more than 1,000 employees will be required from April 2023 to disclose what ratio of their male employees have taken child care leave.