A full moon appears during the mid-autumn festival on Sept. 21 for the first time in eight years. (The Asahi Shimbun) 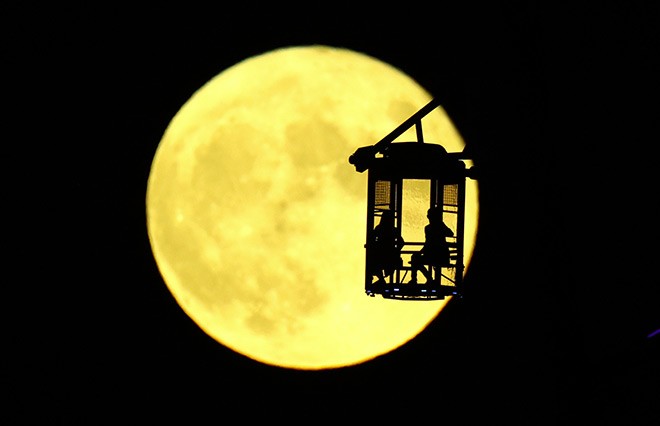 The moon glows over a Ferris wheel in Tokyo’s Odaiba district on Sept. 21. (The Asahi Shimbun)

People across Japan were treated to a full moon during the mid-autumn festival on Sept. 21 for the first time in eight years.

The moon that rises on Aug. 15 on the lunar calendar, equivalent to Sept. 21 on the standard Gregorian calendar this year, has inspired a long tradition of moon viewing on that day in Japan, according to the National Astronomical Observatory of Japan.

The moon that rises on the 15th day of the eighth lunar month, known as “Chushu no meigetsu” (beautiful mid-autumn moon), is not necessarily a full moon, as it travels around Earth in an elliptical orbit.

A full moon will appear on the mid-autumn festival day for the next three years, but moon watchers will have to wait until 2030 to see the rare phenomena again, according to the observatory.

References to a harvest moon in explaining “Chushu no meigetsu” were dropped to avoid confusion.