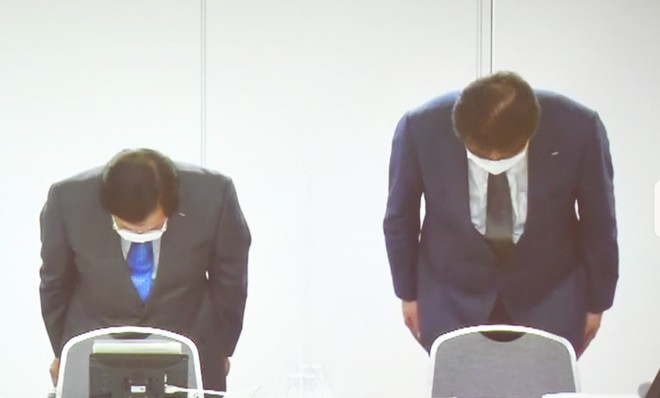 A report submitted Sept. 22 by Tokyo Electric Power Co. to the Nuclear Regulation Authority all but admitted that the utility was not fit to implement safety and other measures required to operate a nuclear power plant.

The document concerned a string of malfunctions in anti-terror equipment at the No. 7 reactor of TEPCO’s Kashiwazaki-Kariwa nuclear power plant in Niigata Prefecture.

The problems were considered so grave that the NRA in April ordered a ban on the movement of nuclear fuel at the Kashiwazaki-Kariwa plant. Procedures to resume operations were also frozen and will only be lifted after the NRA completes a fresh round of inspections to ensure that steps TEPCO pledged to implement to correct the situation are proven to be adequate.

In its report, TEPCO cited three key causes for problems that have plagued the facility: a lax awareness of the risks involved in protecting nuclear materials; the failure of higher ranking executives to adequately grasp what the situation was like at the Niigata plant; and an overall corporate inability to correct itself.

Niigata Governor Hideyo Hanazumi, reacting to the report’s findings, stated at a Sept. 22 news conference: “TEPCO has been unable to adequately manage its facilities. With (problems) arising one after another, I have my doubts about whether it has the ability to adequately operate (a nuclear plant).”

The Niigata prefectural government intends to carry out its own assessment of TEPCO’s report.

A major problem uncovered in the report involved malfunctions in equipment designed to detect trespassing at the plant. At least 10 locations experienced equipment failure that was not corrected for at least 30 days.

In the interim, security cameras were used to keep an eye on who entered the various rooms, but rather than assign employees to constantly monitor those video images, one employee was told to scan a number of different displays while performing other duties at the same time.

The report said staff at the Niigata plant had assumed that temporary measures put in place meant there was no need to quickly repair faulty detection equipment.

While some staff requested quicker repairs, no action was immediately forthcoming.

Although the inadequacies of the alternative monitoring system were raised at meetings of electric power companies, those in charge at the local level never mentioned the issue with those above them.

The report also noted that the Niigata plant had a significantly larger number of problems with its entry detection equipment and it took much longer to carry out repairs in comparison with TEPCO’s other nuclear plants in Fukushima Prefecture.

For example, since fiscal 2019, it rarely took more than three days to repair such equipment in Fukushima, but it took more than a month to repair faults at the Niigata plant, with one extreme case taking 11 months to complete.

A primary cause for the delay stems from cost-cutting measures implemented by TEPCO in the aftermath of the 2011 triple meltdown at its Fukushima No. 1 nuclear plant.

Disciplinary measures were also announced in relation to the lax handling of anti-terror equipment.

Makino was also removed from his position as head of the Nuclear Power and Plant Siting Division. TEPCO’s nuclear power operations will also be moved from its Tokyo head office to Niigata. Takeo Ishii, the head of the Kashiwazaki-Kariwa plant, was relieved of his duties.

TEPCO Chairman Yoshimitsu Kobayashi apologized for his company’s shortcomings at a Sept. 22 news conference and said, “We will implement measures (to prevent a recurrence) with the resolve that this will be our last chance.”

Other electric power companies expressed concerns that they could also face a backlash from the public due to TEPCO’s lax management practices.

(This article was compiled from reports by Yu Fujinami, Tsuyoshi Kawamura, Toshinari Takahashi and Satoshi Shinden.)