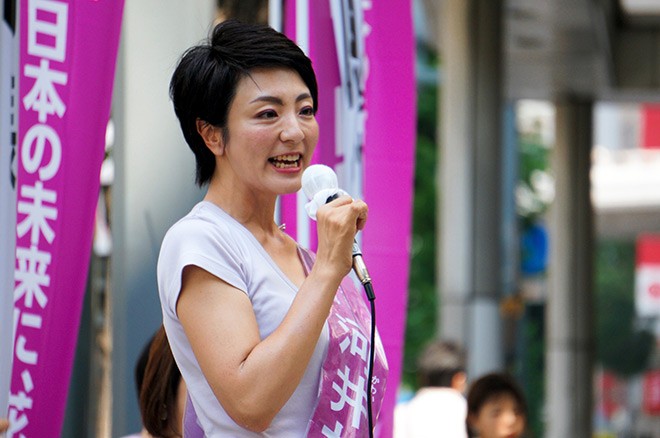 A high-profile lawmaker couple found guilty of breaking campaign finance laws insist that 150 million yen ($1.4 million) provided in party funds to fight an election were never used to bribe voters, a position with which the ruling Liberal Democratic Party apparently takes no issue.

Katsuyuki Kawai, a former justice minister, and his wife, Anri, a former Upper House member, submitted a report to the LDP on Sept. 22 that contained a breakdown of how the funds received from LDP headquarters in Tokyo were used.

However, no receipts were disclosed at a news conference held by Masahiko Shibayama, an LDP acting secretary-general, to explain the contents of the report. Secretary-General Toshihiro Nikai did not attend.

Of the 150 million yen total, 120 million yen came from party subsidies distributed to the LDP and funded by taxpayer money.

Shibayama explained that about 124 million yen was used to print a local party publication and the rest of the money went to cover personnel and office rent costs.

“The report said all payments were made with accompanying receipts and checked by an auditor looking into political funds,” Shibayama said. “My understanding is that no funds to buy votes came out of the 150 million yen.”

When pressed by reporters whether the LDP would conduct a further investigation, Shibayama said, “This is the best that we can do.”

He noted that the Kawais revised their political fund reports and submitted corrected documents to the Hiroshima prefectural election management committee.

Anri was found guilty of buying votes in the 2019 Upper House election in which she won a first term. She lost her seat after the guilty verdict was finalized.

Katsuyuki was also found guilty of vote-buying, given a three-year prison sentence and a 1.3 million yen fine. He has appealed the Tokyo District Court verdict.