Takaichi backs hard lockdown for Japan similar to those in West 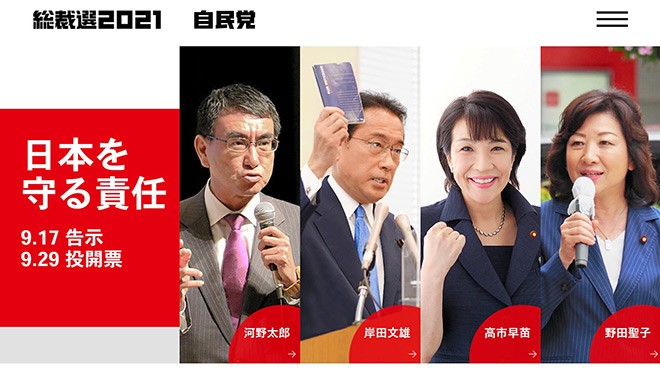 Sanae Takaichi was alone in advocating a strong lockdown in Japan to deal with the COVID-19 pandemic such as in Western nations among the four candidates in the ruling Liberal Democratic Party presidential election.

The former internal affairs minister made the remark during an online debate on Sept. 23 between the candidates.

A new law allowing for a lockdown was needed if “the situation became one in which new variant strains meant vaccines and drugs to treat the coronavirus no longer were effective,” Takaichi said.

She said the new law should also cover other infectious diseases, such as Ebola, that more quickly killed those who became infected and called for setting up a multipartisan team of lawmakers to write up a special measures bill to allow for lockdowns.

But Taro Kono, the state minister in charge of administrative reform, and Fumio Kishida, a former foreign minister, said that various conditions should first be put in place before moving toward a lockdown.

Kishida called for a “Japanese-style lockdown” on the grounds that measures like those in Western nations that include penalties for those who violate bans on going out “were not appropriate for our nation.”

He added that priority should be placed on economic measures that would be sufficient to cover the efforts made by the public to restrain their activities.

Kono said if lockdowns were to be implemented “the government should present data and give its interpretation of what the numbers mean before asking for restraint on pedestrian traffic.”

He added that compensation should be paid out expediently to businesses that cooperate with government requests to shorten business hours.

Seiko Noda, the LDP’s executive acting secretary-general, has long said there was no need for a lockdown.

She said early detection and treatment would be sufficient to prevent COVID-19 patients from developing more serious symptoms.

Noda added that the public has become less willing to cooperate with the repeated requests from the central government because it has not offered an adequate explanation for why such requests were needed.

Meanwhile, with the possibility that the issue of lockdowns could also become a major issue during the Lower House election that must be held by this autumn, Yukio Edano, the head of the leading opposition Constitutional Democratic Party of Japan, criticized the LDP debate for having a “lack of focus.”

“They are discussing what cannot be done at a time when what can be carried out under current laws is not being done,” he said.

(This article was written by Keishi Nishimura and Tamiyuki Kihara.)