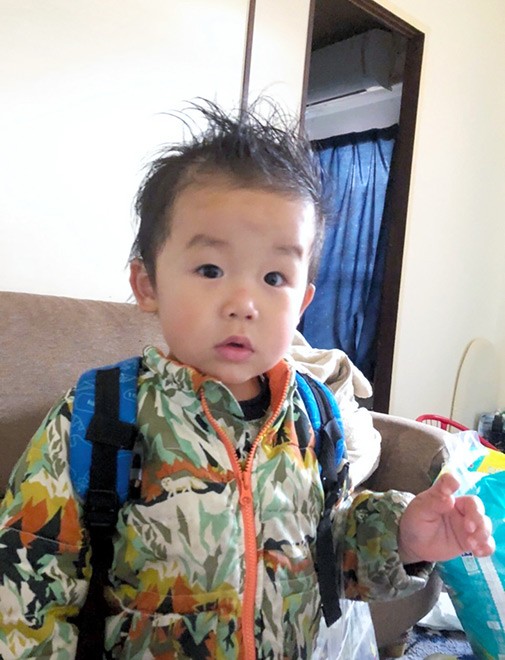 A 3-year-old boy who died at an apartment in Osaka Prefecture was severely scalded apparently after being doused with hot water for at least five minutes, according to investigative sources.

Takumi Matsubara, an unemployed resident of Habikino in the prefecture, was arrested on suspicion of killing Orito Niimura, his girlfriend’s child, by continually pouring hot water all over the boy’s body.

Matsubara, 23, reportedly told investigators that he did not pour hot water on the boy on purpose.

Orito was the eldest son of the suspect’s girlfriend and living at an apartment in Settsu, Osaka Prefecture, according to sources.

Matsubara, who was also living with the boy and his mother, made an emergency call on the afternoon of Aug. 31. Paramedics who rushed to the apartment found Orito lying naked and transported him to a hospital, but the boy was later pronounced dead.

Orito died of shock resulting from burns all over his body.

Osaka prefectural police sought opinions of doctors about the source of the boy’s burns, according to sources. The experts told police that Orito suffered severe burns from being scalded with hot water for at least five minutes, sources said.

The water temperature for the shower installed in the bathroom of the apartment can be set at a maximum of 75 degrees.

Police suspect that Matsubara continued dousing Orito with hot water by not letting the boy escape from the shower.

Settsu city had received multiple reports of alleged abuses committed by Matsubara on the boy, according to the city and other sources.

The city said its response was appropriate.

Orito’s mother contacted the city in May about a bruise her child suffered after he was beaten by her boyfriend. Five days later, the city contacted the boy’s nursery school and confirmed that Orito had a bruise on his face.

A city official met with Matsubara and the boy’s mother the following day and told him not to strike Orito.

In June, the mother’s acquaintances reported abuse being committed on Orito to the city, saying the boy could die if no action was taken.

The city had met with the mother at least six times since then, but did not see Matsubara because it did not acknowledge him as her “roommate.”

A city official said the city could not confirm whether the child was subjected to abuse.