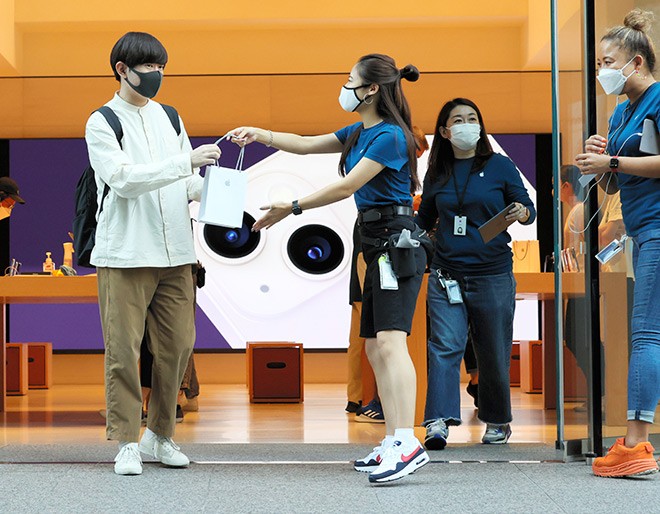 Shoppers and staff at an Apple store in Tokyo’s Marunouchi district wear masks to protect against the novel coronavirus on Sept. 24 when iPhone 13 models went on sale in Japan. (Tsubasa Setoguchi)

The tally brought the daily average of new infections in the capital over the week through Sept. 24 to 469.3, or 49.6 percent of the figure for the preceding week.

It marked the 33rd consecutive day that the number of new infections in Tokyo fell from the same day a week earlier.

The drop in the latest count was apparently due to fewer tests conducted on Sept. 23, which was a national holiday.