VOX POPULI: Often a reason it's not bad manners to stand still on escalators 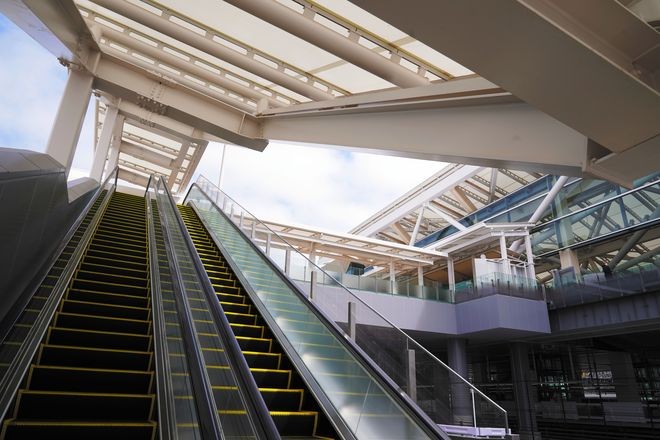 I recently learned of the existence of a tag with an illustration of an escalator and the words, "I am standing on this side for a reason."

It was designed and issued three years ago by the Tokyo Physical Therapy Association (TPTA) to help the public appreciate the unease felt by people with physical disabilities when they ride an escalator.

For years, it has been considered good manners to leave one side of the escalator open--the right side in Tokyo and the left side in Osaka.

But anyone with a disability on one side of their body needs to hold on to the handrail on their functional side.

"They hate to block the flow of walkers but are also afraid of being pushed from behind," said Hiroshi Saito, 42, a physical therapist who designed the tag.

Saito initiated a campaign with the message that "there are people who want to remain standing on the escalator." He held a series of workshops in collaboration with railway companies and universities.

But the COVID-19 pandemic threw a monkey wrench into things.

People started rushing up and down escalator much faster than before, determined to avoid crowds and not touch the handrail.

In an effort to discourage escalator users against walking, Saitama Prefecture will introduce a "bylaw concerning the promotion of safe escalator use" next month.

Offenders will not be punished. But the new bylaw challenges the established "unwritten rule" that people should walk when riding an escalator.

I support this ambitious move.

To be honest, I have been guilty of walking up and down as a matter of habit. But I am repentant now, and will remind myself to stand still not only on escalator, but on moving walkways as well.

There are, however, instances where the need to hurry is legitimate.

I wonder when it will become necessary to introduce a new tag that says, "I am running for a reason."