Princess Mako to get her wish: No payment upon marriage 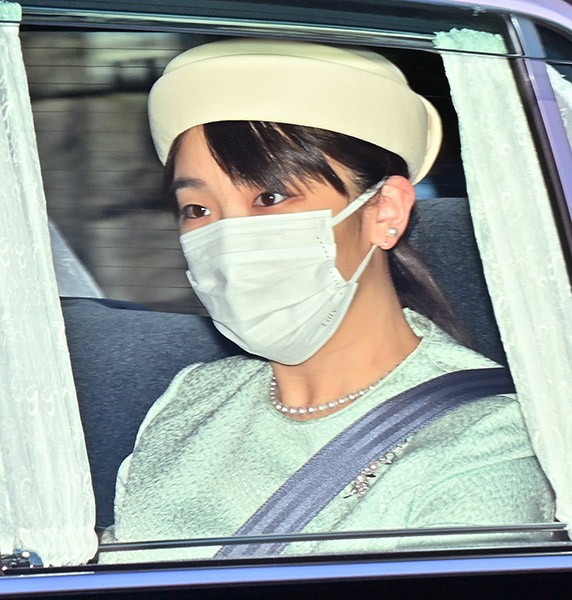 Mako's request, although unprecedented, will not be contested by the Imperial Household Agency or the central government, which are in the final stages of coordinating their views to scrap the payment.

Mako, who is 29 and the eldest daughter of Crown Prince Fumihito and Crown Princess Kiko, made clear she would decline to accept the money funded by taxpayers in light of public antipathy toward her marriage plans following revelations of financial troubles involving Komuro’s mother and the couple’s handling of the matter.

The couple, who met while studying at the same university in Tokyo, announced a postponement of their marriage plans in 2018. They are expected to finally wed in October.

Mako was expected to receive 152.5 million yen upon her marriage to Komuro, also 29.

But sources said Mako expressed a desire early on to shun any payment due to the public's reaction to her marriage plans.

Officials discussed alternatives, such as reducing the amount or paying her the full sum so she could donate it to a charity organization of her own choice, but concluded it was “difficult to ignore her feelings,” a source said.

It will be the first time in the postwar period for an imperial family member who renounces her imperial status not to receive the money.

“There has never been a case like this before, but it is not a necessary requirement to provide the money,” the source said, quoting the conclusion reached by those handling the matter.

Typically, the amount is determined by the Imperial Household Economy Council, of which the prime minister is a member.

Since Mako has declined to accept the sum, there will be no need for the members to meet and discuss the issue.

Komuro is scheduled to depart Sept. 26 from New York, where he intends to carve out a career as a lawyer, and arrive in Japan the following evening. He will spend 14 days in quarantine in Tokyo and then hold a joint news conference with Mako.