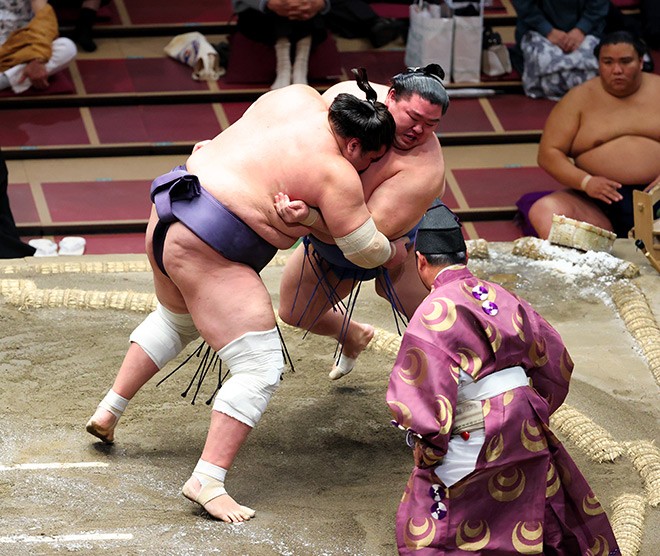 It was the 29-year-old Terunofuji's fifth championship victory and his first in two tourneys.

Terunofuji finished the tournament at the Ryogoku Kokugikan with a 13-2 record.

Myogiryu, a maegashira wrestler with three losses, went up against Meisei, a sekiwake wrestler, but lost the bout, ensuring Terunofuji's victory.

It was the first time for a newly-appointed yokozuna to win his first tournament following promotion since Kisenosato did so at the 2017 spring tourney in Osaka.

Terunofuji is now the ninth yokozuna to accomplish that feat.

He moved into lead position on the sixth day of the tournament and kept other wrestlers at bay in the bouts that followed.

Fellow yokozuna Hakuho, who won the Nagoya Grand Sumo Tournament held in July, pulled out of the autumn tourney after several wrestlers in his stable contracted the novel coronavirus.