Japan on track to see state of emergency lifted on schedule 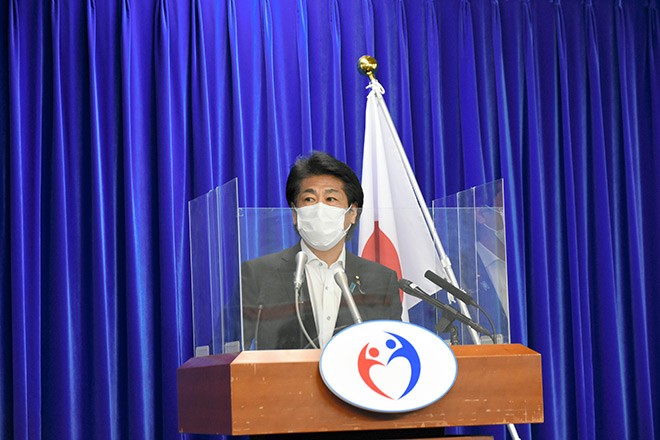 The government plans to lift the COVID-19 state of emergency for all 19 prefectures that will end on Sept. 30 as scheduled, sources said.

It wants to avoid issuing pre-emergency measures for those prefectures once the emergency ends since the infection situation in Japan has been recently improving.

“I think that we can lift the state of emergency at the end of September if the current infection situation continues (to trend downward),” health minister Norihisa Tamura said during a Japan Broadcasting Corp. (NHK) TV debate program on Sept. 26.

The government will effectively decide on its plan at a Sept. 27 meeting to be attended by ministers responsible for responding to the health crisis.

If the government’s expert panel on countermeasures against COVID-19 discusses and approves the plan on Sept. 28, the government will make its official decision at the task force meeting.

It will make the final call after hearing opinions from local governments and experts, with an eye to lifting pre-emergency measures for all eight prefectures and the state of emergency for all 19 prefectures.

As of Sept. 23, the hospital bed occupancy rate for COVID-19 patients in those 19 prefectures have dropped below 50 percent, the criteria for lifting the state of emergency.

The bed occupancy rates for patients with serious symptoms only exceeded that level in Tokyo, at 52 percent.

“Tokyo also cleared the criteria over the past weekend,” said a senior government official who deals with the pandemic response.

Prime Minister Yoshihide Suga returned from the United States on Sept. 26, and in the early evening he received reports on the infection situation from government officials dealing with efforts to combat the spread of the coronavirus.

The government was initially considering issuing pre-emergency measures for Tokyo metropolitan areas once the state of emergency is lifted. But it is changing its plan based on the latest information about infection trends.

“If the numbers are improving, we don’t need to do it,” said a senior official from the prime minister’s office.

A senior government official said if local governments request the pre-emergency measures, the central government will consider accepting them, but “no prefectures have officially made such requests as of the night of Sept. 26.”

Some local governments are concerned about an early rebound in COVID-19 cases by letting eating and drinking establishments provide alcoholic beverages and resume normal business hours.

Some are expected to continue requesting their own specific restrictions for certain types of businesses.

(This article was written by Keishi Nishimura and Kohei Morioka.)