Kei Komuro, Princess Mako’s boyfriend, returned to Japan from the United States on the afternoon of Sept. 27. (The Asahi Shimbun) 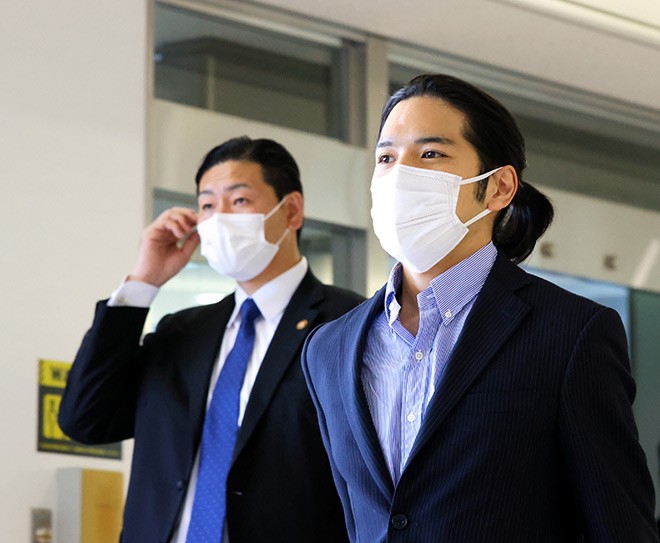 Kei Komuro, Princess Mako’s boyfriend, returned to Japan from the United States on the afternoon of Sept. 27.

Komuro, 29, is planning to marry Mako, 29, Crown Prince Fumihito’s eldest daughter, in October during his temporary stay in Japan, and have the marriage registered.

The couple is expected to hold a news conference once he has finished his 14 days of self-isolation upon his arrival.

The airplane he was aboard landed at Narita Airport around 3:20 p.m. on Sept. 27.

He bowed deeply to members of the media and then headed toward the quarantine station.

This marks the first time he has returned to Japan in roughly three years and two months since he moved to the United States in August 2018 to further his law studies.