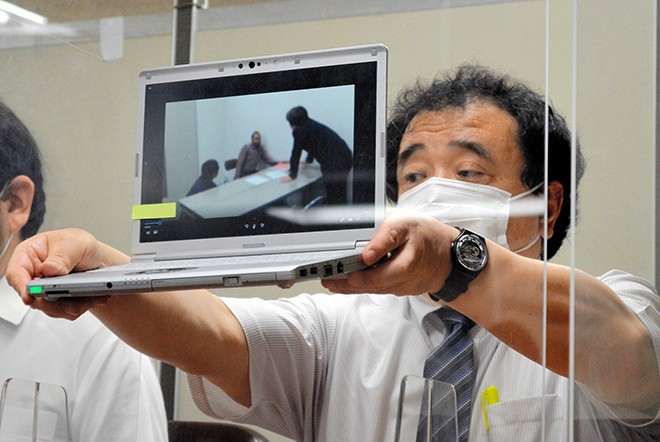 The Tokyo High Court on Sept. 22 ruled that the Japanese government violated the Constitution when it deported two Sri Lankan men without giving them an opportunity to take legal action against its decision to reject their applications for refugee status.

The court ordered the government to pay compensation to the Sri Lankan nationals for depriving them of their constitutional right of “access to the courts.”

The two Sri Lankan men challenged the Immigration Services Agency’s decision to reject their applications for refugee status, but the appeal was also denied.

They were notified of the fact in December 2014 while they were detained in an immigration control facility. Although they expressed an intention to file a lawsuit, they were sent back home the following day on an airplane chartered by the Japanese government for mass deportation.

The two men were not given an opportunity to consult with their lawyer before their deportation.

But the agency did not notify the two Sri Lankan men that their appeal had been rejected for more than 40 days.

In its ruling, the high court said the immigration authorities “intentionally delayed notifying (the men) of the results of the dismissal so that they could deport them before they filed a lawsuit.”

The court also acknowledged that the authorities effectively denied them the opportunity to contact their lawyer.

The ruling declared that the way the agency treated the two refugee applicants violated not only Article 32 of the Constitution, which guarantees all people “the right of access to the courts,” but also Article 31, which bans any form of criminal penalty that is not based on “procedure established by law,” and Article 13, which says all the people “shall be respected as individuals.”

During the trial, the government claimed that the plaintiffs applied for refugee status only as a ruse to remain in Japan. The high court, however, shot down the argument, saying even if that was the case, they should not have been deprived of an opportunity to seek a judicial judgment.

By acting on the assumption that their applications for refugee status were only aimed to prevent their deportation, the agency violated the constitutional rights that are granted to foreign nationals as well. That is totally unacceptable. The government should accept the ruling and apologize to the two men.

The problem is that this is not an isolated case. The Sri Lankans are not the only refugee seekers who have been treated this way in Japan.

In January this year, the Nagoya High Court handed down a ruling in a similar case, in which a different Sri Lankan refugee seeker was not informed of the decision to reject his appeal against the denial of his refugee application for 40 days and was deported the following day. The court ruled that the treatment of the man represented an “illegal exercise of public authority.”

The government did not appeal the Nagoya High Court’s decision and changed in June the rules to ensure deportation in such cases is not carried out for at least two months after the notification of the rejection of the refugee applicant’s appeal.

But the step alone does not mark an end to the process of redressing the problems. It can be safely assumed that there have been other refugee status applications who were treated in a similar, illegal manner. The government should launch an investigation to find other such cases and publish the results.

Some 40,000 foreign nationals were deported from Japan during the five years through 2019. Most of them left Japan at their own expense, but in 5 percent of these cases the foreigners were forcefully sent back home on flights arranged by the immigration control authorities.

Mass deportation using chartered flights has been criticized as an efficiency-focused, strong-arm approach that does not consider the unique circumstances of individual deportees, such as their family relations.

The immigration control authorities should swiftly discard the inhumane culture that has been underscored afresh by the high court ruling.