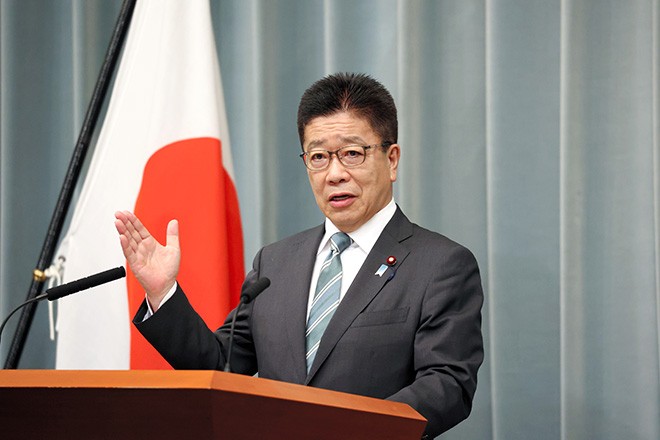 The Cabinet on Sept. 28 approved a new cybersecurity policy that for the first time labels China, Russia and North Korea as the "usual suspects" if Japan comes under a cyberattack from a foreign nation.

The policy states that the three nations “are believed to be building and boosting their cyber capabilities” and warns that they could conduct cyberattacks to steal information.

According to the policy, Japan aims to heighten the priority for countermeasures against cyberattacks in diplomatic and national security areas and reinforce cooperation with the United States and other nations.

The new policy was decided on Sept. 27 at a cybersecurity strategy headquarters meeting held at the prime minister's office.

The new policy marks the first revision of the nation's cybersecurity strategy in three years. It designates cyberspace as a "competitive place among nations where geopolitical tensions are reflected upon” and clearly expresses a sense of crisis toward the national security environment.

It said that Japan needs to urgently strengthen its ability to defend, deter and assess the situation as countermeasures against cyberattacks. It places more importance on international cooperation with close allies.

It also said that Japan should cooperate more fully with the other Quad nations of the United States, Australia and India, and ASEAN nations.

There are other main pillars in the strategy: heightening priority for cyber-related operators and companies that deal with personal information; securing trustworthiness of IT systems and service from the perspective of economic security; establishing leadership roles for the cybersecurity field in the National Police Agency; and boosting IT literacy among children and older adults.