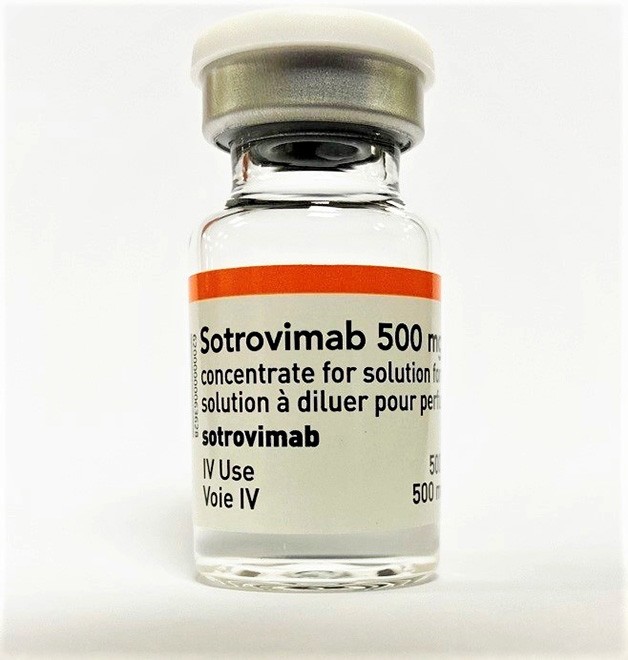 The health ministry granted fast-track approval for a neutralizing antibody on Sept. 27, making it the second COVID-19 treatment available in Japan for patients with mild symptoms.

Sotrovimab was developed by the British pharmaceutical firm GlaxoSmithKline K.K. It has been authorized for treating patients hospitalized with mild and moderate symptoms who do not require oxygen inhalation but have a high risk of becoming seriously ill due to their advanced age or underlying conditions.

GlaxoSmithKline applied for approval for the use of sotrovimab in Japan on Sept. 6. The ministry’s expert panel gave the green light based on data from an overseas clinical trial.

The clinical trial showed that by 29 days after being administered, sotrovimab reduced hospitalizations and deaths by 79 percent among patients compared to those who took a placebo, according to the pharmaceutical firm.

Sotrovimab has already been used in the United States as a treatment for COVID-19 since May.

Ronapreve had been the only available treatment in Japan for patients with mild symptoms and its supplies are limited.

The approval of sotrovimab is expected to help further reduce the number of seriously ill patients.

After confirming its safety, the ministry plans to allow sotrovimab to be administered to outpatients and patients whom doctors visit at home.

There are three other drugs that have been approved to treat COVID-19 patients in Japan: remdesivir, dexamethasone and baricitinib.